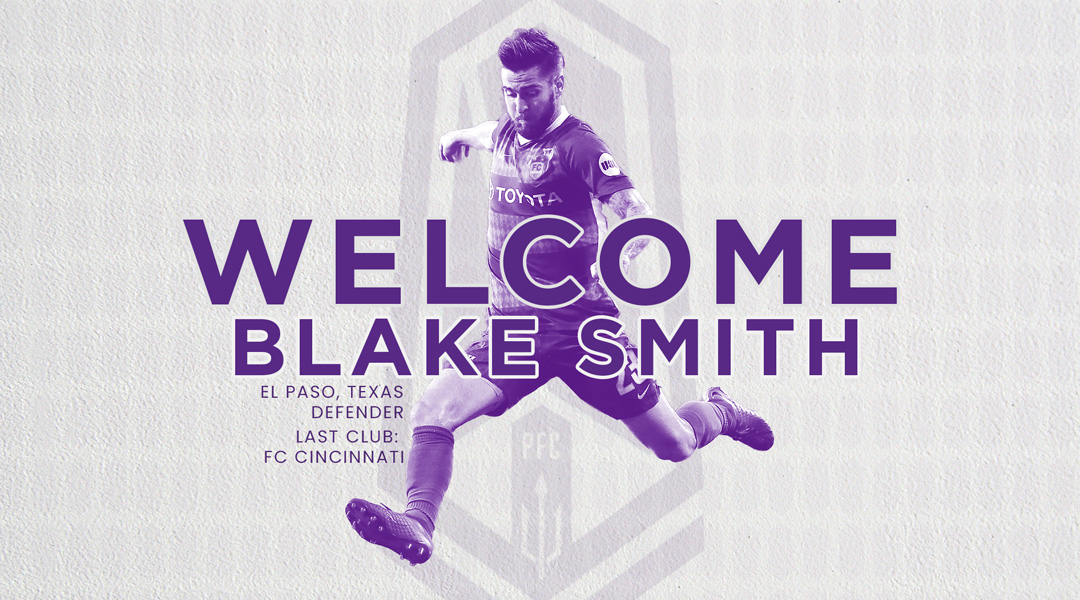 Marcel de Jong rupturing his Achilles tendon was very much a worst-case scenario start to Pacific FC’s inaugural season, with the 32 year old marquee signing having been expected to anchor the club’s backline and lead by example on the pitch.

Now, exactly 20 days before Pacific FC kicks off its first ever season against the Halifax Wanderers at Westhills Stadium, the club has found de Jong’s replacement in Blake Smith.

The 28-year-old American becomes the third MLS-to-CPL loan move after Ryan Telfer and Smith’s former FC Cincinnati teammate Emery Welshman. He also makes history as the first American to cross the border for CPL action, loan or otherwise. Blake, who was waived by FC Cincinnati a month ago, spent just under a month without a club.

It’s unclear whether Pacific FC has agreed to supplement a percentage of his MLS wage. Even though he was waived by Cincinnati, his contract is owned by the league itself and was still in full effect, a type of league-level control that won’t be present in the more European-style environment of the Canadian Premier League. As such, fans should expect to hear much less trade drama regarding players being moved against their will, as it’s not something that can really happen in the CPL.

In any event, there’s no drama in Smith’s loan move: he looks happy to be soaking up sunshine during the club’s Punta Cana preseason camp.

This won’t be Blake’s first foray into Canada, either. The Texas-born left-back got his professional career started by being selected eighth overall by the Montreal Impact in 2013. He’d go on to make 25 appearances for the Quebec-based side in the next two years, before spending most of the next few years in the NASL with the likes of Indy Eleven and Miami FC, with a year spent at Swiss side Yverdon Sport FC between them.

It was at Miami FC where he caught the eye of FC Cincinnati, where he would go on to register 30 appearances (28 of them starts) throughout the club’s last USL season. He signed an MLS contract with Cincinnati in December and made the bench for the club’s first ever MLS game in March, but was waived less than a week later. No MLS clubs opted to pick up his contract during this process, indicating that his time in the league was up.

So, what are Pacific FC fans getting in Blake Smith? A 28-year-old left-back who can also move forward to support the attack. Blake isn’t a flashy player, but he gives consistent performances. He’s dependable, hard working, and has plenty of experience playing at a level that will definitely satisfy Pacific FC fans. In fact, he’s in the running to be one of the top left-backs in the league, among the likes of Roger Thompson (York9), Martin Arguinarena (Valour FC), and Ramon Soria (FC Edmonton). Think of him on a comparable level to Mark Bloom during his last season with Toronto FC, and you have a decent idea of what to expect in Smith.

At the end of the day, he’s not Marcel de Jong, who was not only on track to be the de facto best LB in the league, but also a pivotal figure on the field as Captain. De Jong is a natural leader, and that’s not a role that Blake Smith can slot in an take. De Jong would still be first choice given the option, but Pacific FC fans have every right to be ecstatic that the club has managed to find a replacement that puts them firmly back into contention for having the best left-back in the league.

While Smith had to fight multiple players for his starting spot in FC Cincinatti’s last USL season, it won’t be the same this time around: with Pacific FC having only 15 players registered (including the injured de Jong), the club isn’t able to fill its own bench. Worse, there’s no proper replacement should Smith get injured. Pacific FC’s first ever signing, Kadin Chung, can play as fullback on both sides of the pitch, but he’s presumably already starting on the right. This means there’s nobody equipped to slot into left-back if Blake gets injured (or right-back if Chung goes down, too).

While Pacific FC still needs to slot in a few pieces to its roster puzzle, Smith represents the largest piece they needed to get. Expect him to have a good year in the CPL.