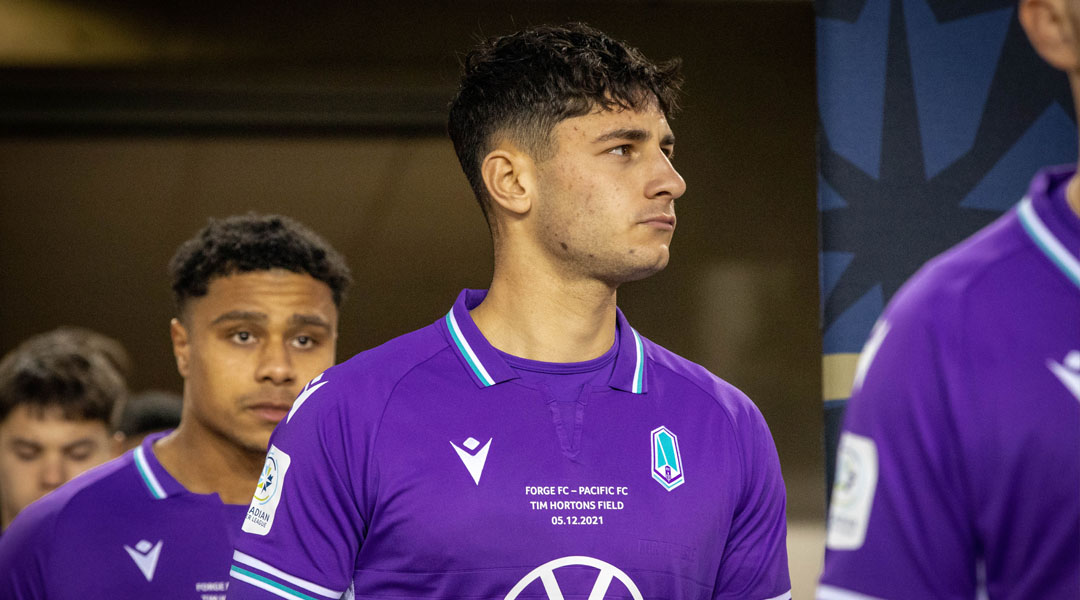 Canadian Premier League side Pacific FC has announced the departures of forward Terran Campbell and midfielder Alessandro Hojabrpour, with head coach Pa-Modou revealing that the duo are now set for Forge FC instead.

Given that Hojabrpour scored the title-winning goal against the Hamilton-based side just about a month ago, he’s sure to receive an interesting reception at Tim Hortons Field.

The 21-year-old has shown plenty of growth in his three years with Pacific, with his path to a gold medal seeing him make 63 appearances across all competitions. Ending his final season in purple on a high, Alessandro picked up a league award for the Best Canadian U-21 Player during his last eligible year in the category.

What Ale and T have done for the club, it’s been nothing short of remarkable given the way they were part of the ‘originals’ when this club started. To cap it off with being champions is a remarkable feat. […] they both should be remembered as champions because that is the work they did for themselves and for the club.

Terran Campbell solidified himself as one of the league’s top poachers over the course of the last three seasons, achieving two double-digit campaigns that now see him depart with a team-high 25 goals through 69 appearances. The former Whitecaps prospect has been a consistent performer across the league’s full-length seasons, with the 2021 CPL MVP nominee seeming an astute pickup for Hamilton’s CPL side.

With head coach Pa-Modou Kah revealing that the duo leaving for Forge FC on free transfers, the two CPL players now find themselves just over a month removed from Champions League action for the Hamilton-based side:

For us this is what we’ve been preaching since day one: how can we help the growth and development of young Canadians. If I look at Ale who has an Italian passport, I definitely think he could have made the move to Europe to where he could continue his development. Terran is the same who possesses an American passport, but they chose to stay in Canada which is their right. I had bigger hopes for those two, to be honest.

While Forge FC has yet to formally announce the duo – or any of its 2022 roster – it looks like the cat is out of the bag on this one.

“For our fans, obviously you never want to see players leave but that is part of the business we are in. We just wish them the best of luck with their move to Forge and what makes them happy,” says Kah.

The reigning champions have yet to announce any returning players for the 2022 Canadian Premier League season, though a number of the core squad are said to be under two-year deals. With Toronto FC taking a serious look at Lukas MacNaughton, Marco Bustos shopping himself overseas, and Victor Blasco having left for Honduras, Kah may have a lot of puzzle pieces to put together for his title defend.

From Rejection To Redemption: The Story Of Jordan Haynes