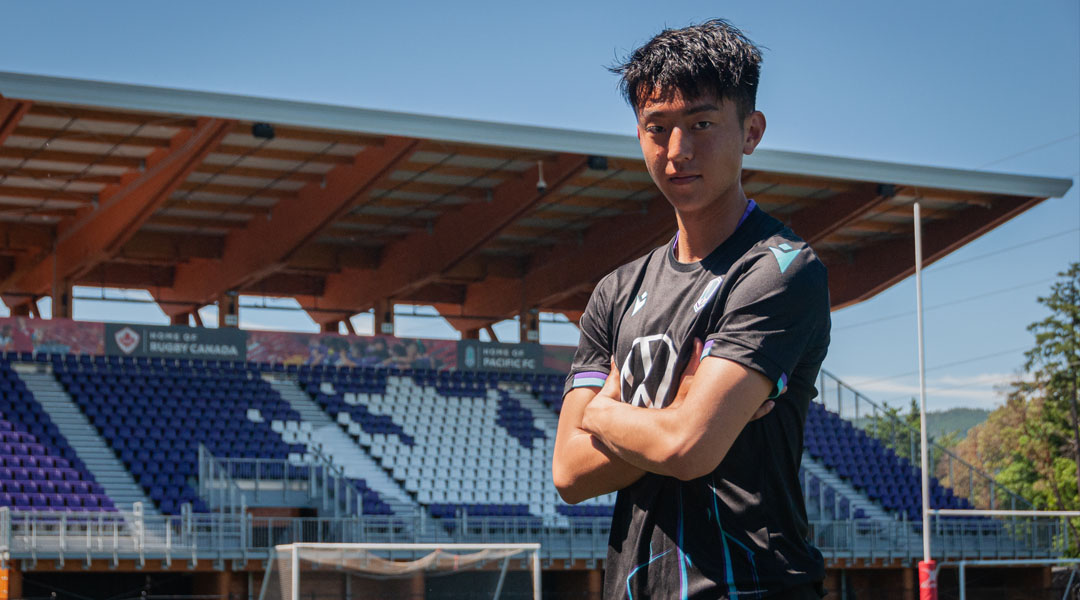 The signing of the domestic U-21 player was a no-brainer for the west coast side following the retirement of Marcel de Jong and a season-long injury to Duran Lee. Chris now arrives to fill the position as a product of the Vancouver Whitecaps Residency program, with the left-sided fullback now set to undergo his first season as a first team professional.

It feels amazing. I feel very accomplished and very proud of where I’m at, but I’m also not completely satisfied. There’s a lot more that I can do and I trust the players and the coaching staff to push me to my limits and get me even more to where I need to be.

Chris Lee is a player we know very well from his time with the Whitecaps Residency Program. Chris is a student of the game with good potential. We look forward to working with him again.

Lee was the club’s first pick of the 2021 CPL-U SPORTS Draft, with Victory Shumbusho being selected in the second round. Having spent a good five years with the Whitecaps as part of the Residency Program, he’s excited for a prolonged stay at The Isle following the start of the 2021 CPL season in Winnipeg.

I’ve been here a couple times, and I love it here. It’s a great city. It’s definitely different from Vancouver but I’ve been settling in nicely, the players have welcomed me with open arms and the coaching staff too. It’s definitely a nice change.

Lee also offers some positional versatile for The Tridents, with the left-back also capable of being deployed in centre-midfield in a pinch. That being said, the Pacific FC midfield offers perhaps some of the toughest positional competition in the team.

While he arrives with a lot to prove, Lee isn’t afraid of setting his sights high: he wants to hoist a North Star Shield with The Tridents this year following a campaign where he hopes to collect as many minutes as possible.

Lee’s signing marks a full 23 man roster for Pacific FC, though the season-long injury of Duran does leave roster space for the club to potentially bring in a further addition. The league will kick off its 2021 campaign with a coast-to-coast clash against the Halifax Wanderers on June 26.

While Pacific FC did not disclose the salary attached to Lee’s developmental contract, CPL Commissioner David Clanachan disclosed that U SPORTS deals typically run between $10,000-$12,000.