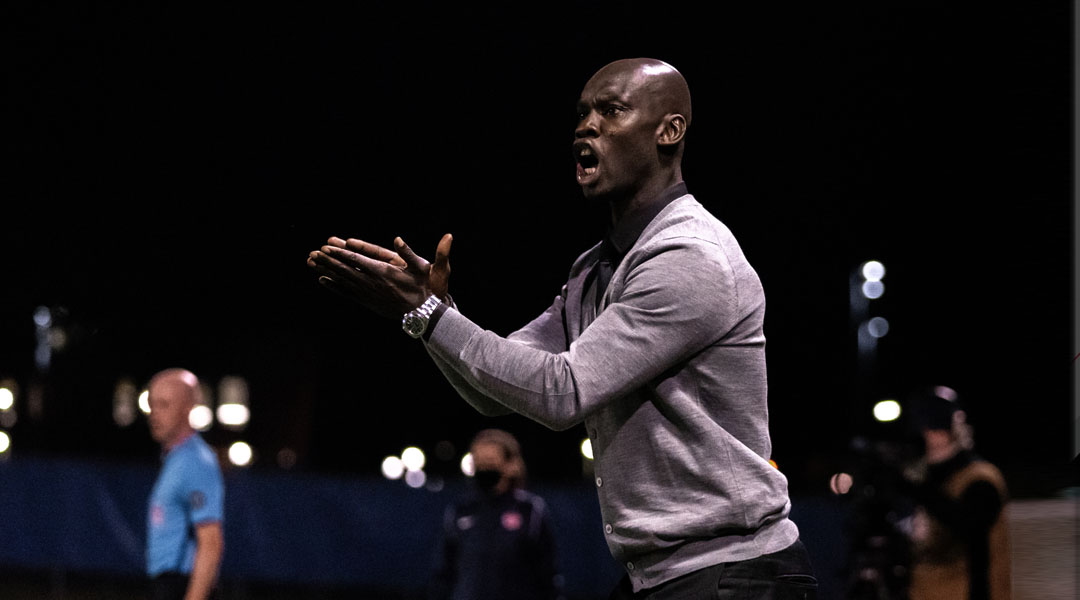 The display of good faith comes after Kah and Merriman helped lead the side to a group stage finish at The Island Games. In 2019, the club became the first CPL team to fire its head coach when it let go of Michael Silberbauer just before its final match of the inaugural season.

We are extremely excited to have secured both Pa and James for the long term with Pacific FC. These are two of the most talented coaches in this country, and their ambition to build a winning organization, along with their commitment to the community falls directly in line with the clubs vision.

Former Norwegian international Pa-Modou Kah first joined the side in January 2020 following stints coaching with FC Cincinatti and Whitecaps FC 2. Having completed over 400 professional appearances throughout his career, he became known in North American football during his time in Major League Soccer with the likes of the Portland Timbers and Vancouver Whitecaps.

At The Island Games, Kah led Pacific FC to four wins, two draws, and four losses overall, with the club ending things on a high with a 5-0 win over the Halifax Wanderers.

James Merriman has held an assistant coach role with Pacific FC since the club kicked its first ball, while also serving as the technical director of the Trident Development Program. Prior to signing on with the west coast side, he helped coach at both Simon Fraser University and Vancouver Island University.

The duo led Pacific FC to a fourth-place finish at The Island Games, with the west coast side instilling an attractive, fast-pace manner of football and what appears to be a solid club culture. Expressing a need for continuity, Kah has retained nearly all of his Island Games roster ahead of the 2021 Canadian Premier League season.

Earlier this month, the league revealed that a coaching salary cap required for clubs to spend between $350,00 to $550,000 on coaching and technical staff salaries, while total player salaries must land between $650,000 to $850,000. Cumulatively, both salary cap expenditures must land under $1.2 million.

The club did not provide any further coaching staff updates. Last year saw goalkeeper Mark Village retire as a player and don a goalkeeper coach role with the club, replacing Marius Rovde in the position.

Pacific FC did not disclose the financial details of Kah and Merriman’s contracts. The duo have signed a three-year extension with the side.