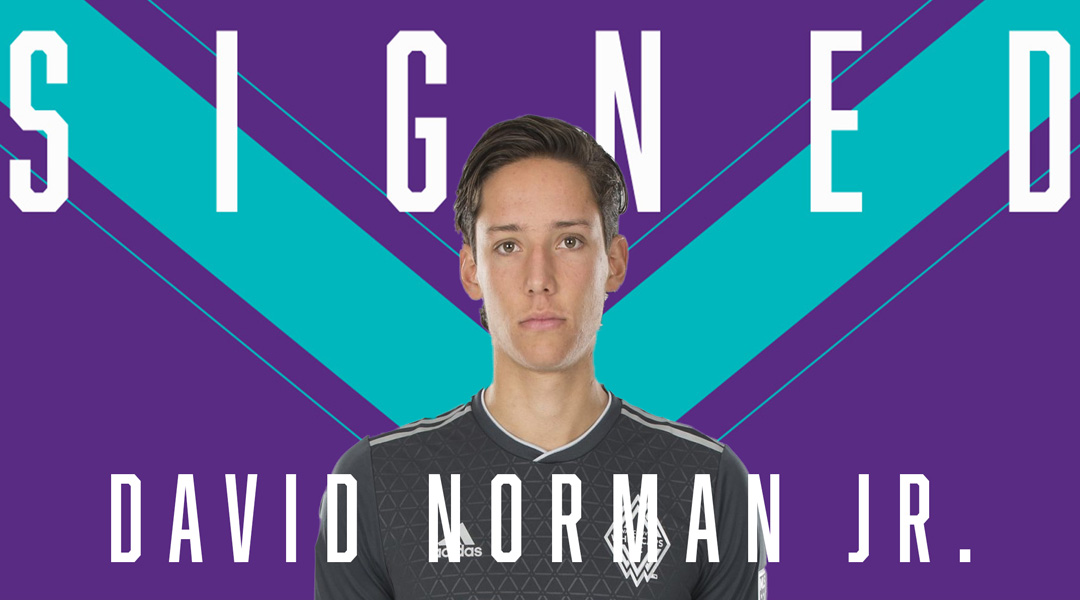 Update: Hours after the loan became official, David Norman Jr. also officially transferred from the Vancouver Whitecaps to Inter Miami FC. This transfer will not impact his loan to Pacific FC.

Pacific FC CEO Rob Friend had previously indicated that two brand new player signings were awaiting clearance before being announced, and the first of them (assuming this was one of the previously planned announcements) is now official: Pacific FC has loaned 21-year-old midfielder David Norman Jr. from the Vancouver Whitecaps for the remainder of the inaugural Canadian Premier League season.

The six-foot-two central midfielder impressed for the Whitecaps 2 in 2016, where he led the team in assists, duels won, and chances created before being named Player of the Year for the Whitecaps 2 side. He earned himself a contract with the senior side the following year, and was loaned to Queen of the South in the Scottish Championship in 2018.


Despite appearing for the Championship side 12 times last year, the BC-born youngster has had a tough 2019 after fracturing his right foot in March. He returned to the developmental squad in late July, but hasn’t had a chance to appear for the Vancouver Whitecaps in full.

Now that he’s recovered enough to play, David will now want to get some consistent playtime under his belt at the professional level – and that’s where a league like the Canadian Premier League comes in handy.

David is a player we tried to sign day one, so we are extremely lucky to have finally landed him. He’s coming off a strong season in Scotland last year, and extremely motivated to be part of our club for the remainder of the season. We are looking forward to seeing David in purple.

David becomes one of many players represented by Beswick Sports to sign for a Canadian Premier League club, with Ryan Telfer (who just received a call-up for Trinidad and Tobago), Michael Cox, Sergio Camargo, Jordan Murrell, and his now-teammate Matthew Baldisimo also being represented by the agency.

The young midfielder has represented Canada at the U-15, U-17, and U-23 levels, most recently playing alongside Noah Verhoeven at the world-famous Toulon Tournament.


Pacific FC currently finds itself in fifth place in the seven team league, with head coach Michael Silberbauer heavily relying on youth in his starting eleven. It’ll be interesting to see what impact the youngster can make during what is essentially a month-long loan. The club did not provide an update on the second expected signing.

The Vancouver Isle club returns to action tomorrow when it hosts Forge FC at the newly-renovated Westhills Stadium.