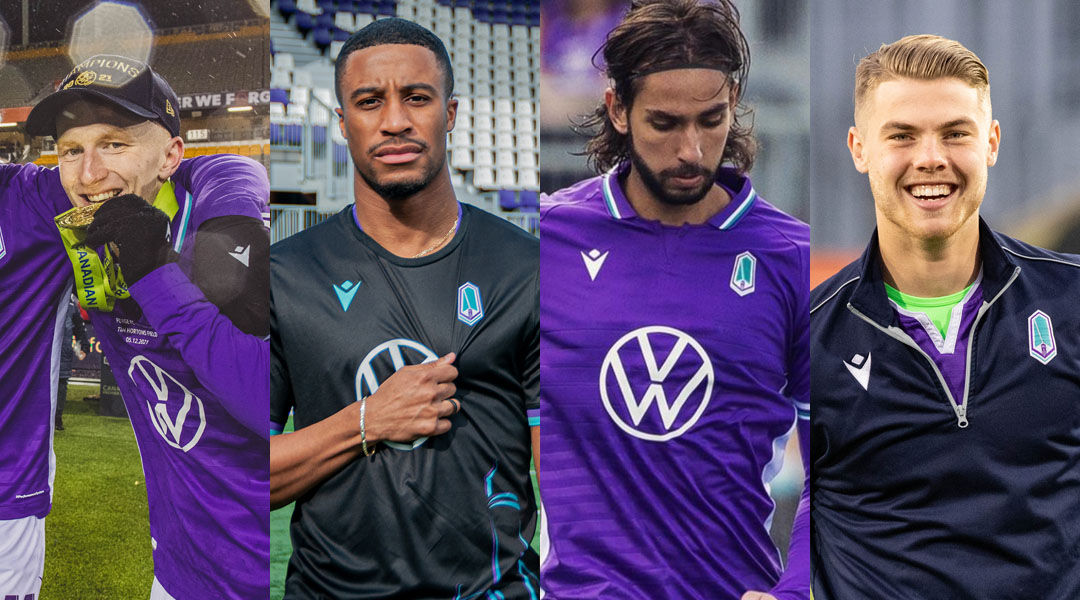 The west coast side has confirmed that Ollie Bassett, Robert Boskovic, and Duran Lee have parted ways with the club, with Whitecaps loanee Isaac Boehmer also getting an official departure notice.

The England-born midfielder has enjoyed a playing career that has taken him through various levels in England, New Zealand, Australia, and Canada, where he made big on a return to professional football with Pacific FC. While recent rumours having suggested a possible intra-league move for the 23-year-old, his next steps remain to be seen.

He came a little bit later than the rest of the boys but he slotted in very nicely with the group. He was well-liked, he was well-respected. I think he’s a very good person but also a very good soccer player. Ollie came in, worked his socks off, and now he’s leaving us as a champion. There’s no better way than that.

Kah also confirmed the departures of Robert Boskovic and Duran Lee, the latter of whom picked up a preseason injury and was unable to make an appearance throughout the season. Boskovic – who arrived midway through the season – made five appearances overall, with the former Toronto FC II defender featuring as both a centre-back and a left-back out west.

Bosko was a fantastic teammate who applied himself every day, he was unfortunate that he didn’t have a proper preseason coming to us but he was very well-liked and we fully enjoyed having him around. He is a very good player, didn’t complain and got on with his business.

The west coast side had also brought in Isaac Boehmer near the tail end of the season to fill in for Nolan Wirth, with the 20-year-old marking his only appearance with a professional debut against York United. Kah complimented his professional demeanor from the moment he walked through the door, stating that the youngster was always eager to learn and carried himself well.

The Pacific FC boss states that the door is always open to former players, stating that the 2021 CPL season saw them share a great experience. “You never know in football,” he added, “paths always cross again.”

The west coast side recently lost core players Terran Campbell and Alessandro Hojabrpour to Forge FC, while forward Victor Blasco opted for a move to Honduras with CDS Visa. Given that key defender Lukas MacNaughton has picked up interest from Toronto FC, the seven player departures thus far could be indicative of a big rebuild for the league’s current champions.

While the club had signed a number of players to two-year deals last season, the side has kept quiet on who will be back for the title defense – though it was let slip that Marco Bustos and Matthew Baldisimo were under contract for next season.