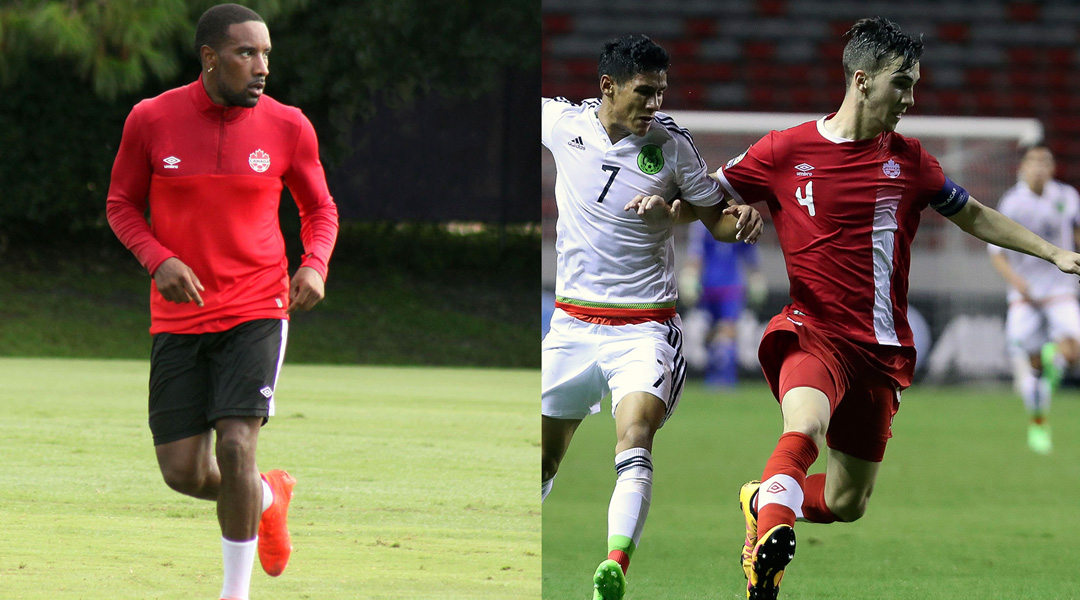 The defensive-minded additions will provide a big boost to a side which conceded 46 goals last season, which was the second-most in the league behind Valour FC.

Jamar and Thomas have great character and are true professionals. Jamar is a Canadian international who understands the Island and the culture here, and Thomas is a defender who reads the game and likes to defend forward. I’m looking forward to working with both of them.

22-year-old centre-back Thomas Meilleur-Giguere revealed that he had interest from other Canadian Premier League sides, which should come as no surprise: the former Montreal Impact defender stands at six-foot-one, and had impressed during his time on loan with the Ottawa Fury in which he made 61 appearances and contributed two goals.

It was not a very hard decision. I had a couple of options in the CPL, but when I saw what was happening with the club, Pacific FC, with their new staff and their stadium and their new training centre, it made my choice easy.

At just 22 years of age, he may have been the player who Pacific FC CEO Rob Friend had teased as youngster with ‘potential captain material‘. With Meilleur-Giguere last having appeared for the Canada U-20 team in February 2016, it’ll also be interesting to see if he can break into the U-23 setup if he can impress at the CPL level.


Meanwhile, Jamar Dixon is a signing that gives Pa-Modou Kah plenty of options, with the versatile 30-year-old veteran being capable of playing as a centre midfielder, centre-back, or right-back. The Ottawa-born player had spent the last three years with the Ottawa Fury, for whom he made 89 appearances.

His move to Pacific FC marks a west coast return long in the making: the veteran player started his career by signing with the Victoria Highlanders in 2009, balancing his time on a coast-to-coast basis given that he also played for St. Francis Xavier University in Nova Scotia.

Much like Hendrik Starostzik, fans should expect Dixon – who made three appearances for Canada in 2016 – to take on a leadership role in a side that skews young:

I was going through the process of elimination with other clubs, and deciding whether I wanted to go back to Europe as well, so I had a lot of decisions to make, and then I just decided to take a chance and opportunity with Pacific. I think it’s a great opportunity to go over there and try to help mentor some of those kids.

The pair of former Fury men are the first brand new additions for Pacific FC ahead of the 2020 Canadian Premier League season. The west coast club has re-signed ten members from its inaugural roster so far, including a batch of youngsters along with the likes of Marcel de Jong and Victor Blasco.


With Pacific FC having fired head coach Michael Silberbauer ahead of the season’s end in 2019, Pa-Modou Kah will be expected to secure results and instill a culture of character while fulfilling the club philosophy of playing its youngsters. All-told, today’s signings look like great reinforcements for the club’s backline.

With rumours circulating that Marco Bustos could be headed for the west coast team, the Tridents could have quite a formidable roster when the season kicks off a few months from now.

The signings also indicate that the remaining unsigned former Fury players may not be willing to wait around for the potential Ottawa-based CPL expansion side rumoured to be backed by Atletico Madrid.

The contract length or financial compensation for either player was not disclosed by Pacific FC.