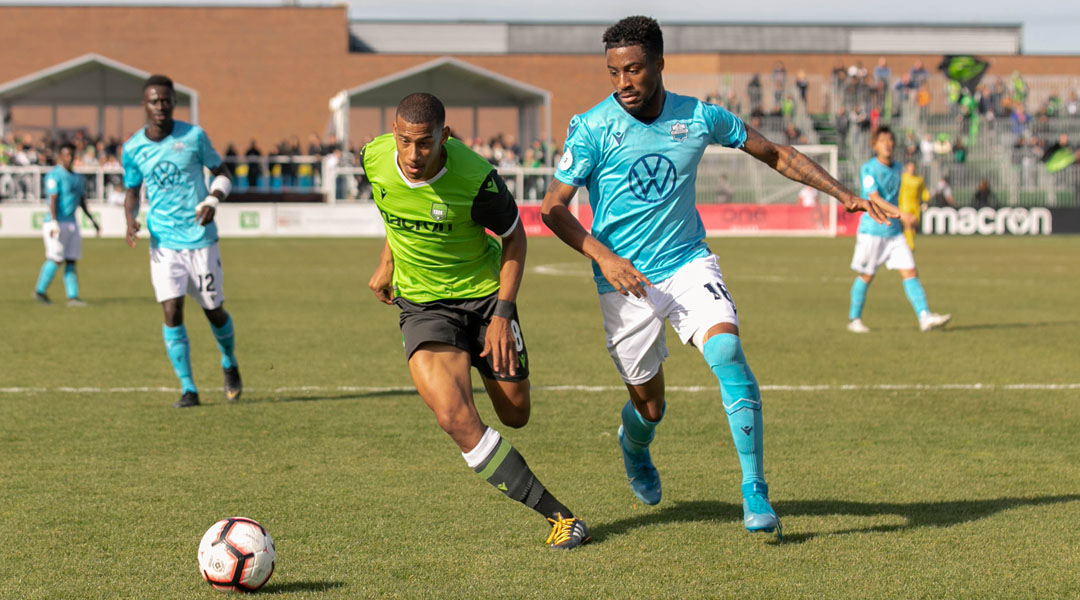 The 25-year-old Torontonian first made the jump up the Canadian Premier League level after impressing against the Halifax Wanderers for the Vaughan Azzurri in a Canadian Championship bout, with the east coast side bringing him in to fill in for centre-back Peter Schaale later on in the season.

Last year saw Lee rejoin the league with FC Edmonton, where he made two appearances as a backup left-back at The Island Games. With the recent retirement of Marcel de Jong, it wouldn’t be surprising to see him fill in out left this year, too.

Duran is a player with good physical attributes and the versatility to play left and centre back. I am looking forward to seeing him continue his development with our club.

The six-foot-two athlete isn’t the only domestic defender to have joined Pacific FC this month, with the club also having brought in former Atletico Ottawa full-back Kunle Dada-Luke last week.

Pacific FC did not disclose the length or financial details of Lee’s contract.