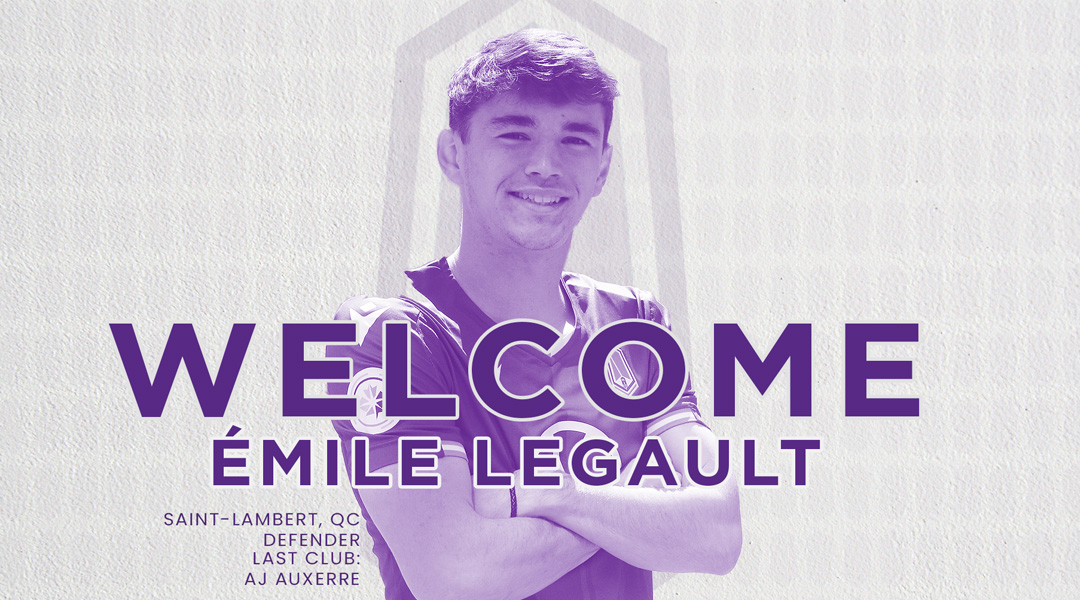 The highly touted youngster was rumoured to be eyeing a CPL contract after roster difficulties forced the Montreal Impact to abandon the transfer. The AJ Auxerre youth product had been training with the MLS side for the last few months following a breakdown in Legault’s earlier negotiations with Celtic.

Touted as one the best prospective CPL signings, Legault is a versatile player who can slot in anywhere in defense. Out of any club in the Canadian Premier League, Pacific FC need to add quality to its ranks the most, so the capture of Legault should be a boost to everyone in the Vancouver Isle side.

There was lots of interest in Emile from European teams as well as the MLS. He’s is a sought after young player and we feel fortunate to have him join us.

As a domestic Under-21 player, Emile will also help the club to fulfill its CPL roster requirements. Each side needs at least three domestic Under-21s, and they must clock 1,000 cumulative minutes each season. Given that Legault is expected to start for Pacific FC, we expect him to clock a lot of minutes.

We still expect Shun Takano to be confirmed in the next few days. Still, the additions of Emile Legault, Blake Smith, and Ryan McCurdy means Silberbauer has had a productive month in terms of shoring up his backline.

Pacific FC will play its first-ever game this Sunday, April 28 against the Halifax Wanderers, although the construction at Westhills Stadium is far from over. The coast-to-coast match will be refereed by Alain Ruch, and with OneSoccer streaming the match to subscribers around the globe it should be a well-watched affair.

Contract length and financial details regarding Emile Legault’s signing were not released by Pacific FC.