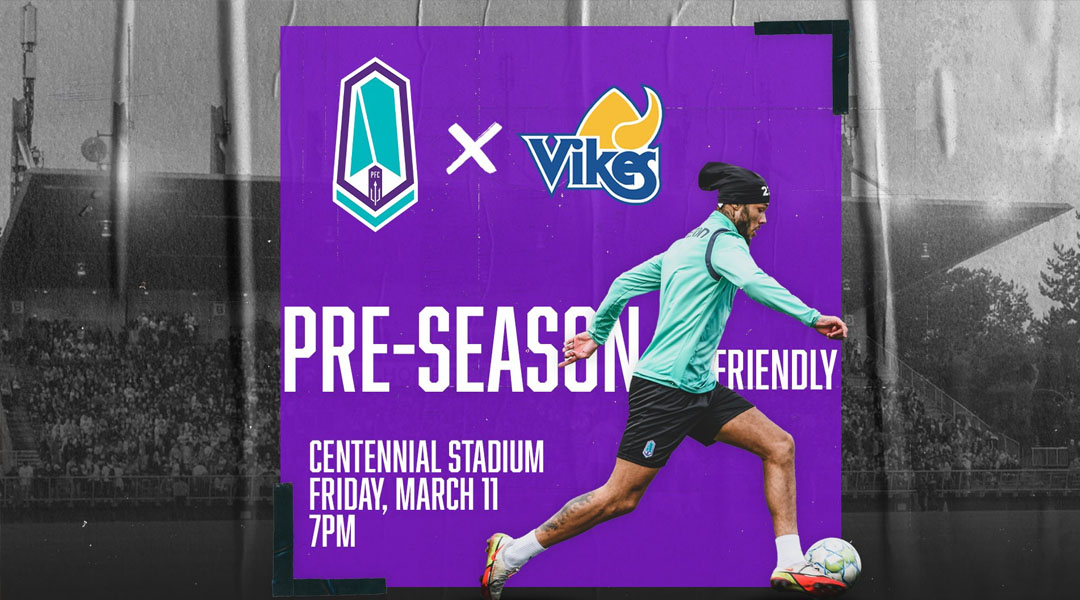 Reigning Canadian Premier League champions Pacific FC will be testing themselves in a preseason friendly against the University of Victoria this Friday.

The club announced that the friendly match will take place at Centennial Stadium at 7:00PM PT this Friday, marking the first fixture of the season for a Tridents side which saw several key players depart following its title-winning campaign. The match will be free to attend for the public, too.

James Merriman’s first season at the helm of the club has seen the arrivals of Amer Didic, Abdul Binate, Djenairo Daniels and Nathan Mavila, with fifteen of the club’s 2021 roster already contracted to return. The Tridents will look to hit the ground running for their season opener at home against Forge FC, with the club wasting little time preparing for the high-profile clash.

Both Valour FC and York United are also set to travel to Victoria later on this month, where it is expected that both CPL sides will test themselves against the reigning champions ahead of the 2022 Canadian Premier League season.

Last season saw the Vikes fall to the Montreal Carabins in a penalty shootout at the U SPORTS quarter-final stage, with defender Evan Libke and midfielder Isaac Koch earning first and second team All-Canadian nods. Given the university’s proximity to the CPL side, the young squad will feature several players hoping to impress their professional opposition.

Pacific had selected Vikes defender Rees Goertzen in the 2022 CPL-U SPORTS Draft, though it remains to be seen if the six-foot-two defender will earn a spot at Starlight Stadium. No other University of Victoria product has ever been selected in the draft.

This Friday’s friendly match at Centennial Stadium will see the North Star Shield put on display, with the reigning champions also set bringing merchandise that will be sold at the University of Victoria’s home ground for the occasion.

Pacific isn’t the only side CPL undergoing friendlies, though they’re the first one to open a preseason match to public eyes. Forge FC played against Vaughan Azzurri, Syracuse University, and York United behind close doors ahead of their Champions League debut, whilst the Nine Stripes also quietly tested themselves against League1 Ontario side Alliance United.

Cavalry FC and Atletico Ottawa are also suiting up against opposition in Mexico and Spain respectively, though those behind-closed-doors matches are even less publicized.

The 2022 Canadian Premier League season will kick off with York United hosting the Halifax Wanderers on April 7.