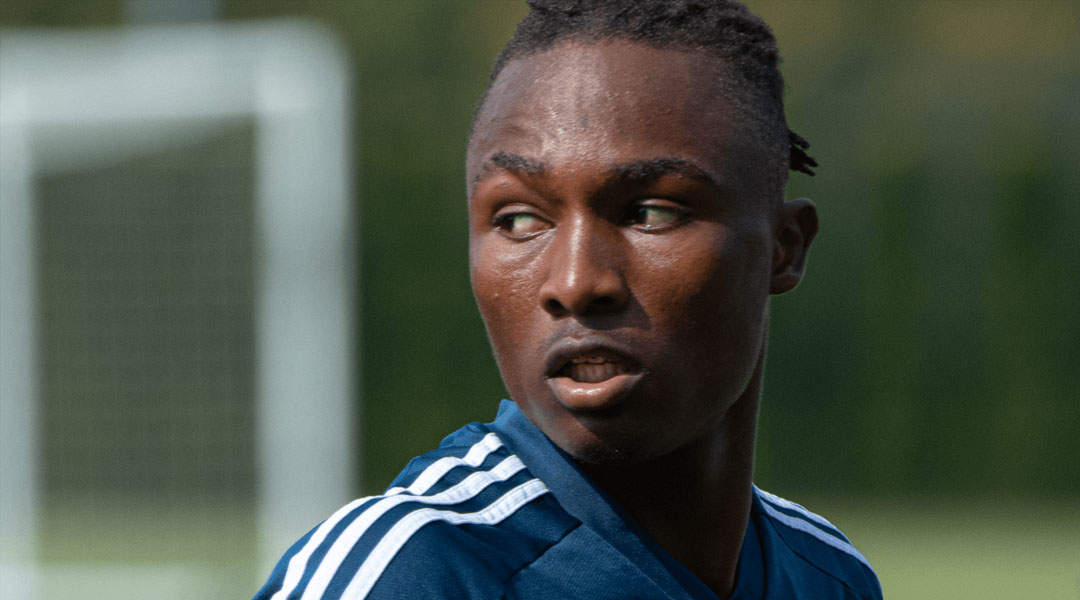 It looks like the club has landed on former Whitecaps prospect Georges Mukumbilwa to fill the position, with the midfielder-turned-full-back featuring for the side during its 1-0 friendly win over the University of Victoria this weekend.

The former Vancouver Whitecaps youngster would arrive as a low-risk, high-reward type of signing after spending the last season without a club. He’d signed a homegrown player contract with the Whitecaps back in 2019, making his first and only MLS appearance shortly afterwards as a late game substitute for Andy Rose against Real Salt Lake.

The 22-year-old found himself released by the Vancouver Whitecaps at the tail end of 2020, with sporting director Axel Schuster describing him as a hard-working athlete with good character who, unfortunately, was just too far down the depth chart to earn significant minutes.

The 22-year-old had been called up to Canada at U-18 level in 2017. He’s also eligible for the Democratic Republic of Congo, having been born in Kalima. He grew up in a Rwandan refugee camp after his family fled the civil war, eventually immigrating to Winnipeg with his family when he was thirteen.

Mukumbilwa had trialed with Valour FC ahead of the 2021 CPL season, but ultimately spent last year without a club to call home. With Pacific FC in significant need of a right-back, he seems to have landed in the best spot he could have in terms of a potential career revival.

With the likely addition of Mukumbilwa, the Tridents have done well restructuring a backline that saw key players Lukas MacNaughton and Kadin Chung depart. The side brought in Amer Didic as a high-profile replacement for MacNaughton, while Georges will either fight for minutes against Kunle Dada-Luke or allow the attack-minded fullback to operate further up the pitch as a winger.

Out on the left, the club added former Cavalry full-back Nathan Mavila to contest with Jordan Haynes, whilst centre-backs Thomas Meilleur-Giguere and Abdou Samake stayed with the side following their title-winning campaign.

Pacific FC will now face two Canadian Premier League clubs this week, with both York United and Valour FC set to face the side at Starlight Stadium. While the Tridents’ previous home match was open to the public, these matches are expected to be closed-door affairs.

Pacific FC has yet to announce the official arrival of Georges Mukumbilwa, but he’d be an astute pick-up for the west coast side.