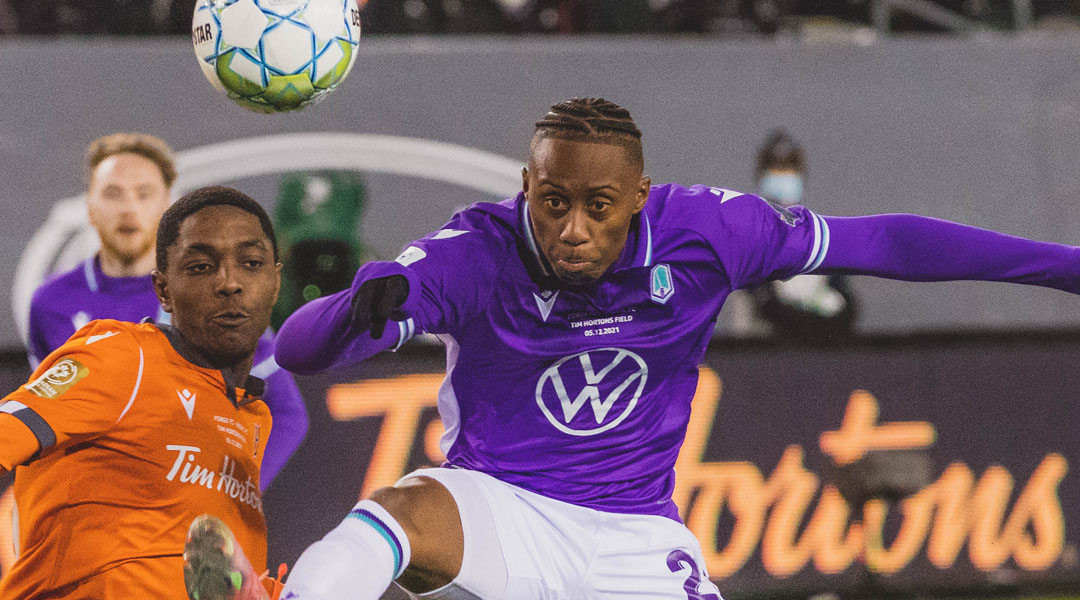 Gianni Dos Santos has left Pacific FC after helping the side to one title victory over the last two seasons.

The 24-year-old forward contributed five goals and six assists for the side in 48 appearances, setting up the title-winning goal of the 2021 CPL Final. His final season on the isle saw him feature 24 times for the club while earning a call up for Cape Verde.

Dos Santos began his career with FC Dordrecht in 2017 before transitioning to Sparta Rotterdam as a youth prospect the following season. Returning to Dordrecht after that, he was described as a ‘diamond in the rough’ by head coach Harry van den Ham and scored four goals in 17 appearances before Pacific took a chance on the Dutch-Cape Verdean dual national.

“Gianni provided Pacific with superb play in both domestic and international competition over his time here,” said a press release from the club that gave him their best wishes.

With his time on the isle concluded, it’ll be interesting to see what comes next for Dos Santos, who’s proven to be an intriguing prospect at the CPL level.

Should he remain in the league, it’ll be interesting to see if he was ultimately scooped up by new neighbours Vancouver FC. The expansion side named former PFC goalkeeper Callum Irving as its first signing two weeks ago, with goalkeeper coach Mark Village also jumping between the teams.

Pacific has two internationals on the books with Djenairo Daniels and Jordan Brown.