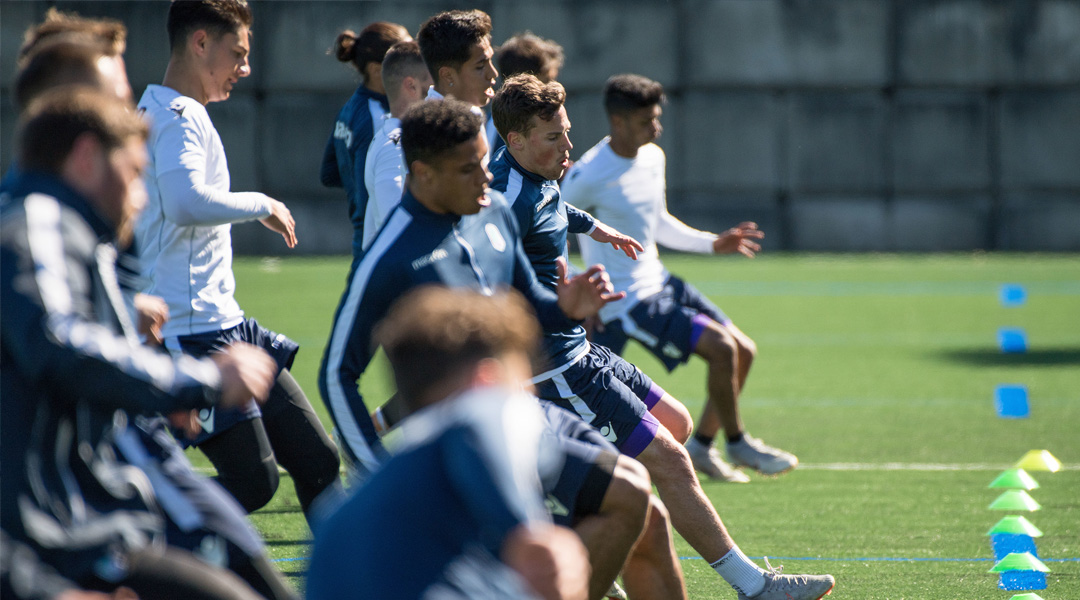 As one would expect, it’s been a busy offseason so far for Pacific FC CEO Rob Friend: he’s seen his club release seven players, re-sign six of its youngsters, and prepare for a roster rebuild that looks poised to include both of its CPL-U SPORTS Draft picks.

Of course, there’s more new blood on the way for the Canadian Premier League club, too.

Speaking on The Young Gaffers podcast, Friend revealed that the club has already signed a young player that he’s quite excited about, stating that the new signing has plenty of experience playing at a high level and is even being looked at as a potential captain for the future:

We do have one signing that we’re not going to announce until January, but this is a young player with loads of experience and potential captain material. We’re already excited with the list of players that we’ve identified and hope to sign.

The 38-year-old retired Canadian international couldn’t delve into more details about the club’s first brand-new 2020 season signing on the podcast, although he did state that the club was aiming to bring in a handful of players who will bring in similar experience. Pacific FC trusts the kids, but it knows it needs some experienced players to help guide them through the professional game, too.

Obviously, we are a young squad and will continue to be, but we want to be young and win championships, and we need some experience. We need guys that have been around the game and sort of bring you that leadership into the locker room. Certainly, starting with the positions that we have identified where we need to strengthen, and then looking at a mix of adding those young players in those positions, but really we’d like to add 2-3 more experienced players.

Friend didn’t state what these positions were, but given that the club conceded the second-most goals in the league this year, fans should expect some defensive improvements beyond the likely signing of CPL-U SPORTS Draft pick Jan Pirretas Glasmacher.

With players like Thomas Meilleur-Giguere and Maxim Tissot now free agents, there’s a lot of domestic talent that could be brought in – though Friend never explicitly said that his new, experienced signing was a Canadian player.


While many people immediate think of players in the mid-to-late stages of their careers when people use words like ‘veteran’ and ‘experienced’, Friend simply means a player who has professional experience at a high level who can help elevate and lead those around them:

Really, we’re not talking that it has to be an age. It could be a younger kid that has played a lot of games at a high level of as well.

In its inaugural campaign, the club originally banked on veteran international Marcel de Jong to provide leadership on-and-off the pitch, but an Achilles injury a month before the inaugural season kicked off prevented the 33-year-old from making his debut until the season was almost over.

The future of the club’s first-ever marquee signing has yet to be announced, though de Jong did indicate that when he does eventually hang up his boots, he’d still like to remain with Pacific FC.


In regards to its other experienced professionals, the club has yet to confirm the roster status for the likes of Issey Nakajima-Farran, Marcus Haber, Victor Blasco, and Ben Fisk. It’s not clear if the two signings teased by the club late last year were simply delayed to 2020 or nixed altogether.

Whatever happens, Pacific FC fans can rest assured that the new year will introduce a brand new Pacific FC signing that comes highly-rated by Rob Friend. With the youngster already being called ‘potential captain material’, there’s clearly an expectation that he’s going to help lead those around him on-and-off the pitch – though fans will have to wait to see who he is.