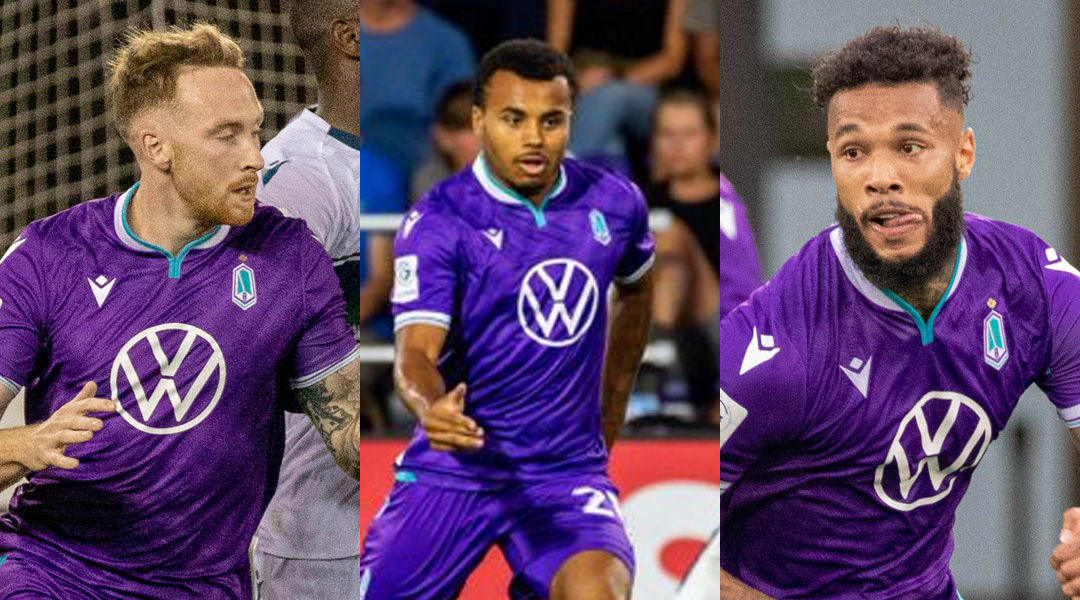 Pacific FC has confirmed the return of Canadian midfielders Josh Heard and Cedric Toussaint, along with Dutch attacker Djenairo Daniels, for the upcoming season.

Tridents fans will be happy to see Josh Heard return for a fourth consecutive season at Starlight Stadium, with the Victoria-raised left winger having made 66 appearances for the team thus far – tied for the third all-time behind Callum Irving and Terran Campbell.

Heard has proven to be an energetic and creative force out left, with the 27-year-old scoring eight goals and six assists this season across all competitions. A regular feature under James Merriman, his return ensures a lethal prong will remain for the Tridents attack.

Former York United midfielder Cedric Toussaint arrived as an absolute steal of a free transfer from York United this August, with the 21-year-old making twelve appearances in the time since. A capable centre-midfielder slated to have a high ceiling, he proved to be a physical, sharp ball-winner in the middle of the park after a seamless transition into purple. His return is no surprise after PFC first brought him in several months ago.

Dutch forward and PSV youth product Djenairo Daniels will return for his second season out west, with the 20-year-old having procured three goals in 28 appearances thus far. With the sizeable six-foot-three attacker having more time to settle in, he’ll be expected to help produce more up top next season in addition to the likes of Jordan Brown.

The club has also confirmed the departure of five athletes, with the club currently confirmed to be using two of seven international slots (three if Gianni Dos Santos remains).

The Canadian Premier League side teased that more signing news would come shortly. The club did not confirm the length or financial details of any of today’s trio.