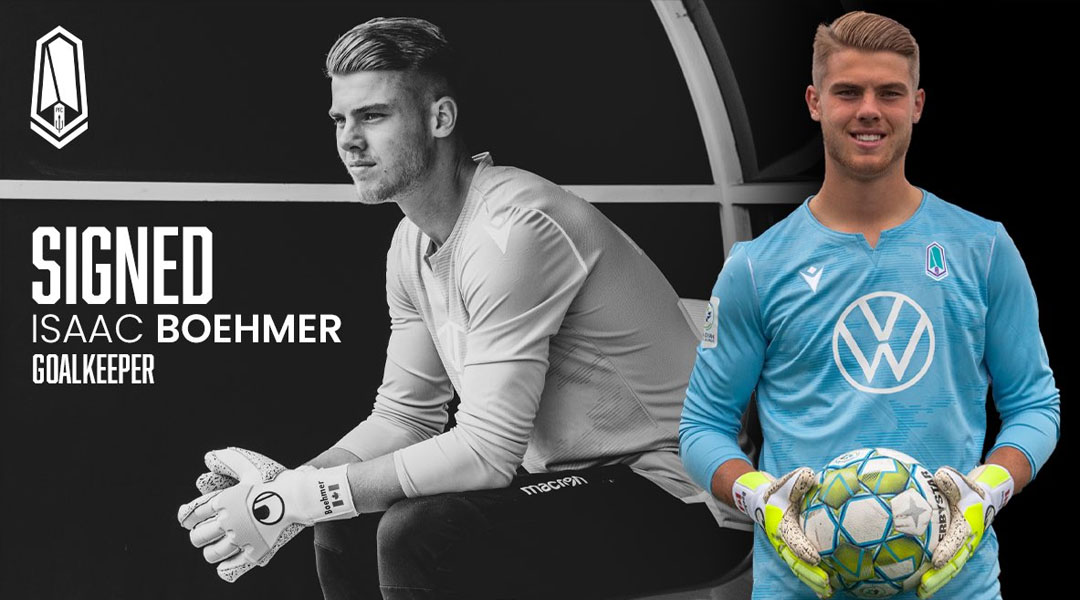 Major League Soccer side Vancouver Whitecaps has loaned goalkeeper Isaac Boehmer to Pacific FC for the remainder of the 2021 CPL season.

The 19-year-old is expected to be a backup option behind Callum Irving, who has made fourteen starts for the side across all competitions this season, including Pacific’s 4-3 win over the Whitecaps.

Pacific FC has been in need of a proper number two goalkeeper since early August, when Nolan Wirth opted to take a leave of absence from the club. In the time since, goalkeeper coach Mark Village – who made 17 appearances for the team in 2019 – has been riding the bench behind first choice option Callum Irving.

Wirth had made three appearances for the team this year, with his most recent coming against FC Edmonton on August 8. While the club made no mention of a return date, he officially remains with the west coast club.

Standing at six-foot-two, Boehmer is still awaiting his professional debut after inking an MLS Homegrown contract with the Vancouver Whitecaps last year and riding the bench five times throughout the 2020 season. The team exercised a club option on his contract this December, with the 19-year-old having been regularly training with the first team.

Boehmer developed with Pinnacles FC in Okanagan before a short stint in Germany with the Schalke 04 youth academy preceded his entrance to the Whitecaps Academy system in 2018. He made 14 starts with the U-19s in the USDA before joining the Whitecaps FC Development Squad. He has also played for Thompson Okanagan FC in the BC Soccer Premier League.

I am excited to have Isaac join us on Vancouver Island. Having worked with Isaac before, I know that he is a talented young keeper and has a strong character that will add a lot to our group.

Given that his competition with the Vancouver Whitecaps includes Maxime Crepeau, Thomas Hasal, and Evan Newton, the loan move appears to benefit all parties: Isaac is more likely to get professional playing time with the Tridents, who are in need of a second choice keeper. The Whitecaps, for their part, will see their youngster get first team professional experience.

He won’t be the only Whitecaps youngster to find his way on loan to the Canadian Premier League this summer, with Matteo Campagna recently being sent to York United. The Whitecaps currently have nine players out on loan.

Pacific FC sits atop of the Canadian Premier League table, with 31 points after 16 matches played.

The Vancouver Whitecaps did not disclose whether there is a recall clause in Boehmer’s season-long loan to Pacific FC.