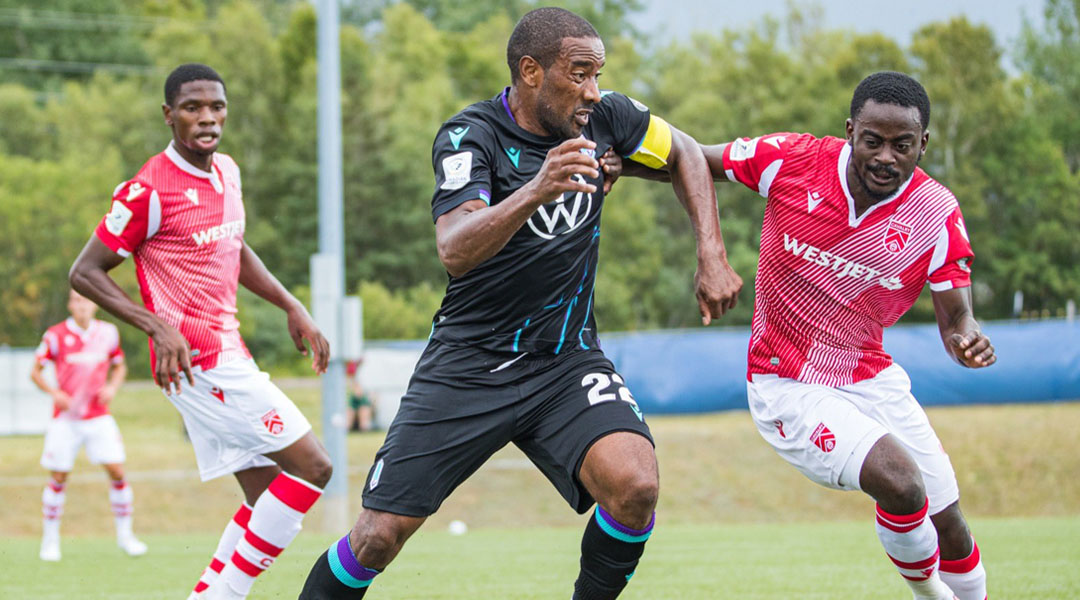 Dixon joined the club as a free agent last season following the folding of the Ottawa Fury, where he had made 87 league appearances and, perhaps more pertinently, had captained the side. Even that wasn’t his first stint with the armband, with a younger Dixon having captained the Victoria Highlanders through its 2011 PDL season.

It’s a great feeling. Last year I was vice-captain with Marcel, this year I’ll have Bustos as vice-captain. It’s an honour, especially to help out these boys with my knowledge and experience of the game and just getting information from Pa, who is a great leader himself.

It was the aforementioned Pacific FC head coach who led the west coast side to a group stage finish at The Island Games, a remarkable improvement following their near-bottom finish in the inaugural campaign under former head coach Michael Silberbauer.

Pa Modou-Kah had stressed that continuity was key when preparing for the upcoming campaign, so perhaps it shouldn’t be surprising that the gaffer looked to his previous vice-captain for the promotion.

The Pacific FC midfielder appeared in all but one match for the club at The Island Games, where he contributed his first goal for the side in a 2-1 loss against Forge FC.

Midfield maestro Marco Bustos now finds himself in Dixon’s old vice-captaincy role, with the 25-year-old former Whitecaps midfielder set to follow up on a stellar 2020 campaign that saw him contribute five goals and three assists after just ten games, prompting speculation he may depart for Major League Soccer.

The midfielder has also been bolstered by the addition of Manny Aparicio, who wore the captain’s armband for York United throughout its first two seasons.

At 31, Dixon now finds himself as the oldest member on the roster, but he wants to make sure that the club’s mentality of trusting the kids remains instilled from the ground-up under his leadership.

I’m one of those guys where I think I can understand personalities pretty well, and I take time to understand the guys differently because you can’t paint everyone with the same brush. Especially these younger boys, all of them are great guys, but they’re all so young when it comes to the professional side. So I’m just here to help them. If they have questions they know they can always reach out and I’ll be there to guide them as best I can.

Dixon told Rhodes that he isn’t phased by the pressures that come with the captain’s armband, noting that it’s eleven players who win the game rather than an individual effort. Predictably, he’s set his sights on hoisting the North Star Shield in the 2021 Canadian Premier League season, which until now has only been lifted by Hamilton-based side Forge FC.

Pacific FC currently has 21 players rostered ahead of the upcoming season, with the CPL side recently introducing fans to its second international, Ollie Bassett. With the news that Duran Lee is expected to miss the season through injury, however, it wouldn’t be surprising to see the Tridents bring in more defensive depth in the near future.