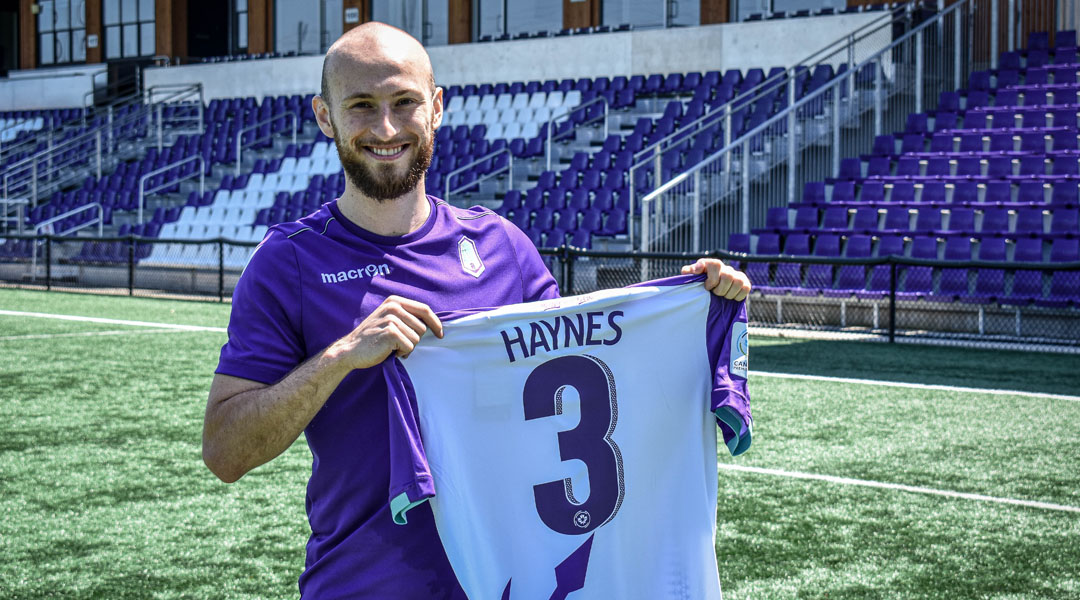 Jordan deserves this contract for the work he has put in and the attitude he has shown towards the club. He is driven and I’m looking forward to see how he continues to develop to support the club and grow as an individual.

The Peterborough-born defender – who can play on both the left and right flank – arrived to the west coast in 2011, when he joined the Whitecaps FC Residency Program from the TFC Academy. He spent the 2014 campaign with the club’s U-23 side prior to signing a professional contract with VWFC2 in 2015, where he made 29 USL appearances over the next two seasons.

Haynes has been somewhat of a journeyman athlete in the time since, spending some time with the Oklahoma City Energy U-23s, the Vaughan Azzurri of League1 Ontario, USL2 side Calgary Foothills, and last season with the Burnaby-based TSS Rovers.


He also has experience with the Canadian youth national team, competing with the U-17 squad at the 2013 FIFA U-17 World Cup and the U-20 side for the 2015 CONCACAF U-20 Championship.

Haynes becomes the club’s eighteenth rostered player for the 2020 Canadian Premier League season, arriving as a depth full-back option capable of playing on the left behind veteran Canadian national team member Marcel de Jong, or on the right behind Kadin Chung.


The Tridents’ defensive line is a mix of familiar and fresh faces, with the likes of the aforementioned Kadin Chung and Lukas MacNaughton also returning, and new arrivals like Thomas Meilleur-Giguere and Abdou Samake cementing the backline. The club is currently the only side to have three rostered goalkeepers, having recently brought in 17-year-old Emil Gazdov as an option behind Nolan Wirth and Callum Irving.

Pacific FC is in the second phase of training as it awaits a return-to-play announcement from league headquarters. This week, the CPL is expected to announce a modified 2020 season set to take place in Prince Edward Island.

Pacific FC did not release the financial details or length of Haynes’ contract.