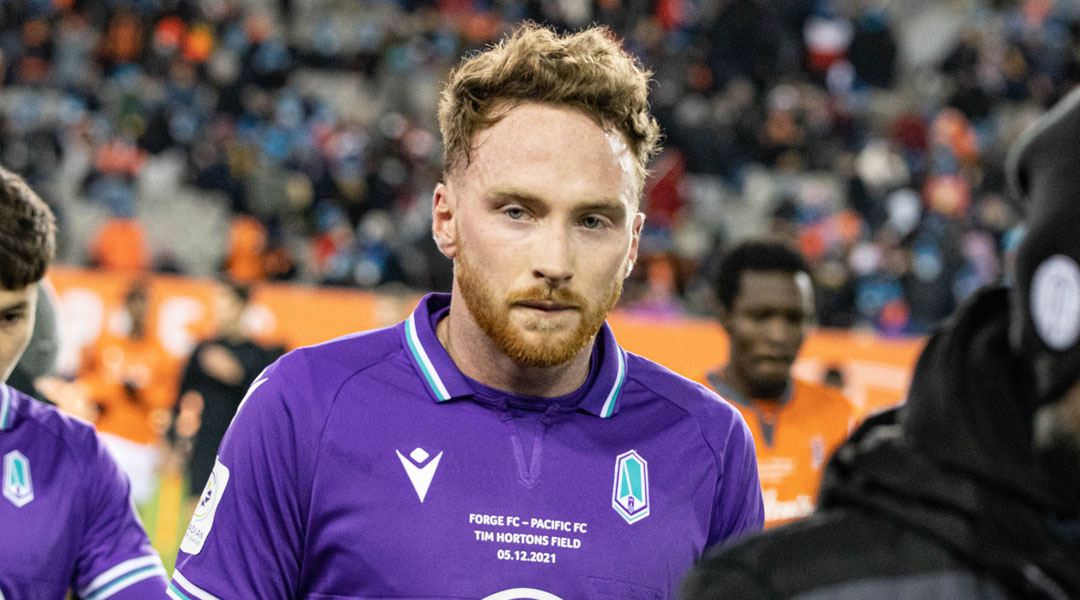 The 27-year-old featured regularly for the club in its title-winning campaign, contributing five goals in 26 appearances across all competitions – including a one against the Vancouver Whitecaps in a 4-3 cup upset.

The local midfielder first joined the side two summers ago, making five appearances at the shortened Island Games tournament and contributing an assist in 5-0 playoff rout over he Halifax Wanderers.

“Josh is an excellent professional and example in our locker room,” said new head coach James Merriman, “he is from Victoria and part of our DNA as an organization.”

The 27-year-old was born in Cardiff, but moved to Victoria as a child and grew up on the Isle. He was drafted by the Vancouver Whitecaps in 2016 but was ultimately signed by USL side Bethlehem Steel. He then moved to Real Salt Lake’s USL affiliate, the Real Monarchs, before being sent on loan to third-tier Austrian side Pinzgau Saalfelden.

His return to Vancouver Island saw him establish himself as a sharp talent in CPL circles.

“Josh is a top wide forward in this league who always plays with an edge and is a constant threat on the pitch,” added Merriman.

The Victoria-raised winger is comfortable on both sides of the pitch, though he mostly featured as the side’s left winger of choice in the 2021 CPL season. He clocked in 1,624 minutes of game time, putting in plenty of blistering runs down the left flank in a side known for its fast counter-attacking intuition.

“Bringing a trophy back to my hometown has been one of the biggest highlights of my career,” said the winger, “I’m incredibly excited to continue with this organization and look forward to filling the rest of that trophy case.”

Heard becomes the fourth officially confirmed returnee after Jamar Dixon, Callum Irving, and Thomas Meilleur-Giguere, though it appears that the likes of Marco Bustos, Matthew Baldisimo, and Kunle Dada-Luke are certain returns as well.

With Lukas MacNaughton signing for Toronto FC and Kadin Chung on trial with the MLS outfit – along with Pa-Modou Kah departing alongside a slew of core athletes – the club’s title defense will be an interesting one.

The length or financial details of Josh Heard’s contract with Pacific FC were not disclosed by the club.