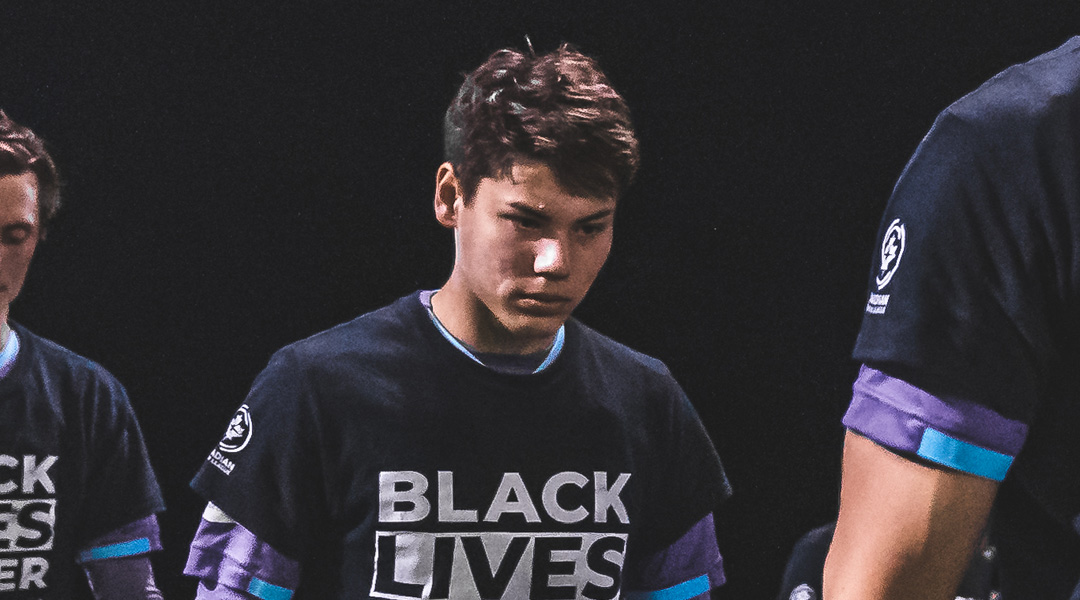 It’s no secret that Pacific FC head coach Pa-Modou Kah has a lot of faith in his right-back, Kadin Chung: before the Island Games tournament in Charlottetown really got underway, he called him the best right-back in the entire league.

With Chung now having appeared in every Pacific FC game this season except one, the 22-year-old has certainly impressed: his link-up play with Marco Bustos has seen PFC capable of striking on quick counter-attacks, with Chung’s defensive efforts leading to plenty of successful tackles (15), duels (41), and recoveries (28).

Of course, stats only tell one side of the story: Chung’s presence on the pitch has a noticeable impact on how well PFC perform, with Pa-Modou Kah even stating that the young Canadian now deserves a look from national team head coach John Herdman:

Everybody that’s not gonna come with the argument why Kadin Chung is the best right-back in this tournament, they don’t know football. I think he’s on the doorstep to knock on the [Canadian National Team] because I want to see who’s a better right-back at this moment in Canada.

Thus far, Herdman is mainly relying on Toronto FC defender Richie Laryea to fill in the right-back spot for Les Rouges. The 25-year-old has seen his career take new strides since signing for TFC in 2019, with Laryea offering both a solid defensive input and, as his three goals in eight MLS matches this year indicates, the quality to push forward into the box and deliver shots, too.

Vanney switched Laryea to the left flank this year, and if Herdman follows suit that may just open up a spot on the national team – though it’s fair to say that players like N’sa, Doner, and Esua have all impressed in that position at the CPL level.

While Chung hasn’t taken a single shot himself at The Island Games so far, he’s delivered some eighteen crosses this season and also provided the assist for the last-gasp season-saving goal from Marco Bustos yesterday.


The right-back got his season off to a hot start against the Wanderers, winning thirteen duels in the season opener and recovering possession no less than nine times for his team – which are just some of the reasons we called him the club’s best returning player.

Only Chrisnovic N’sa made more successful tackles than Chung in regular season play (18), with the Wanderers right-back also having a standout campaign to call his own. With Montreal’s Zachary Brault-Guillard also playing well as the Quebec-based side’s go-to right back, it’s fair to say that Chung isn’t the only youngster impressing in the position, either.

The Canadian national team hasn’t seen the same defensive growth as its offensive output has witnessed, so it’s fair to say that the defensive side of Herdman’s squad may be in for more experimentation whenever national team matches eventually resume.


Last year saw Chung accumulate 25 appearances across the inaugural Pacific FC campaign, with the right-back’s only goal coming as a match winner against the Eddies in the fall season. Like many of members of Pacific FC’s squad, the 22-year-old is a product of the Vancouver Whitecaps Academy who has proven himself worthy at the professional level after the Whitecaps let him go.

Whatever ultimately unfolds, Pacific FC head coach Pa-Modou Kah has made it no secret that he believes Kadin Chung should be in the conversation. With three group stage matches left to play ahead of a potential CPL Final (and, if they win that, a Voyageurs Cup final too), Chung still has plenty of work to do if he’s to finish the breakout year on a high.

Pacific FC will take on Cavalry FC this Wednesday at 8:00PM in the second match of the group stage.