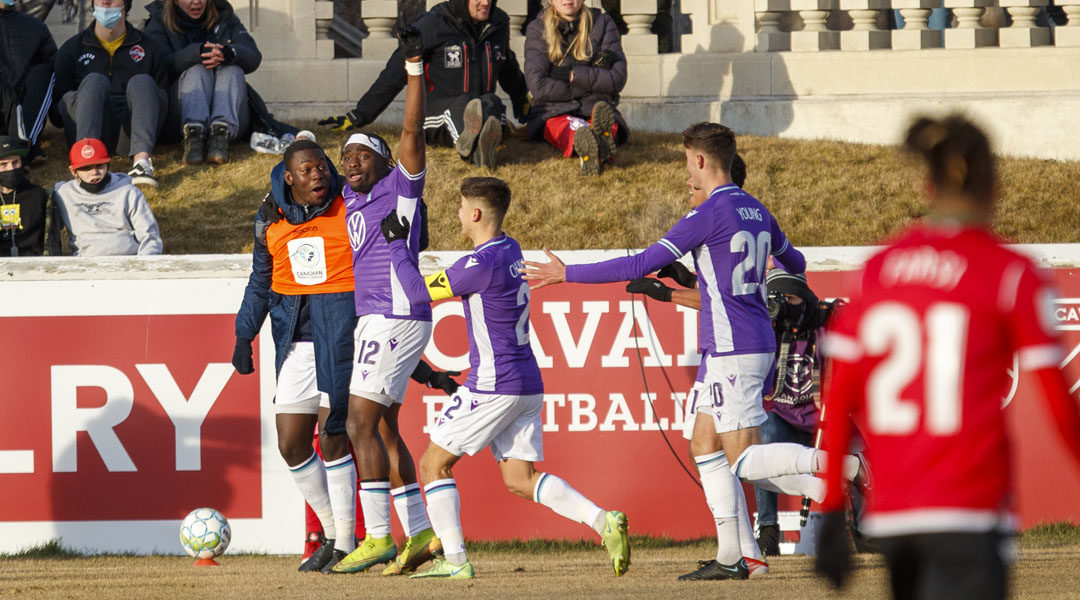 Pacific FC has secured the return of Kunle Dada-Luke, who had been on a club option but has now inked a new one-year deal that includes an option for 2024.

The upcoming Canadian Premier League season will mark Dada-Luke’s third with the side, with the 22-year-old hoisting a North Star Shield with them two seasons ago after scoring a crucial goal in the semi-final against Pacific.

Dada-Luke earned three team of the week nods last year, appearing in thirty matches for the Tridents throughout a campaign that saw them reach the semi-finals in league play while featuring in continental action for the first time.

The 22-year-old contributed two assists and one goal this year, scoring against York United after making a smart run down the right flank and bursting inwards to finish off the chance:

The youngster had been expecteded to begin his Canadian Premier League career through Atletico Ottawa in 2020, but missed the season through injury. Pacific took in the youngster anyways, and that’s a move that has paid off in dividends.

“This club took a chance on me three years ago. I went from being without a club to a champion in that time span,” said Dada-Luke. “The Island has become a second home for me and playing at Starlight Stadium in front of our fans always gives me that spark I need to go the extra mile.”

Dada-Luke had featured for Toronto FC III and Toronto FC II in his youth days before playing abroad with FC Helsingor in Demark. It was there where he transitioned from a winger to a full-back, and now he can operate fluidly in both roles.

“I believe KDL can be the most dynamic right back in the Canadian Premier League and can also play as a wingback or wide forward,” added Pacific FC head coach James Merriman. “He is developing into a very versatile modern full back and is incredibly hungry to build off his 2022 performances and push to another level.”

The Pacific FC defensive line has seen quite a few changes, with defenders Nathan Mavila, Jordan Haynes, and Abdou Samake all departing. It’ll be a relief for Pacific fans to see Dada-Luke stay on the isle, especially with a club option for a further year.