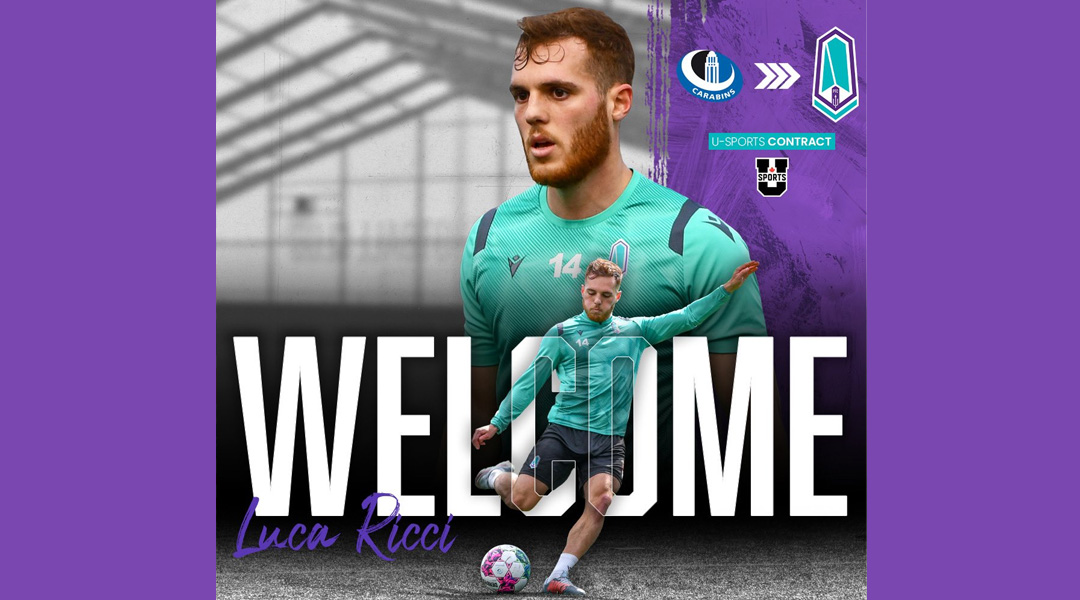 Pacific FC has inked Montreal-born midfielder Luca Ricci to a U SPORTS contract, though he arrives with professional experience aplenty.

The 24-year-old now steps into Starlight Stadium after training with the side following his first round selection in this year’s CPL-U SPORTS Draft, where he caught Merriman’s eye due to his past experiences in both the CF Montreal academy and the USL Championship.

Ricci spent four years training with the CF Montreal academy, and was once called up to the first team for an emergency loan stint. He then spent time in the USL Championship with the Ottawa Fury and Phoenix Rising, having more recently dipped his toes in the PLSQ with FC Lanaudiere last year.

With the Carabins, Ricci recently helped the side to a U SPORTS Men’s Soccer Championship in November, where he was named to the tournament all-star team.

At the time of the CPL-U SPORTS Draft, Merriman described the midfielder as a player with great vision who could try to find forward passes, and someone who had the technical ability to perform in tight spaces. All-told, the 24-year-old sounds like a good fit for the Pacific playstyle.

His U SPORTS contract will allow Luca Ricci to rejoin the professional level over the summer while retaining his eligibility with the Montreal Carabins. He can remain rostered with Pacific FC until no later than August 15, at which point the club will either retain him or he will return to the University of Montreal.

The Tridents find themselves off to a rocking start for their title defense season, with Pacific top of the table and outscoring all of their competition. Ricci becomes the eighth new face to arrive to Starlight Stadium this year.