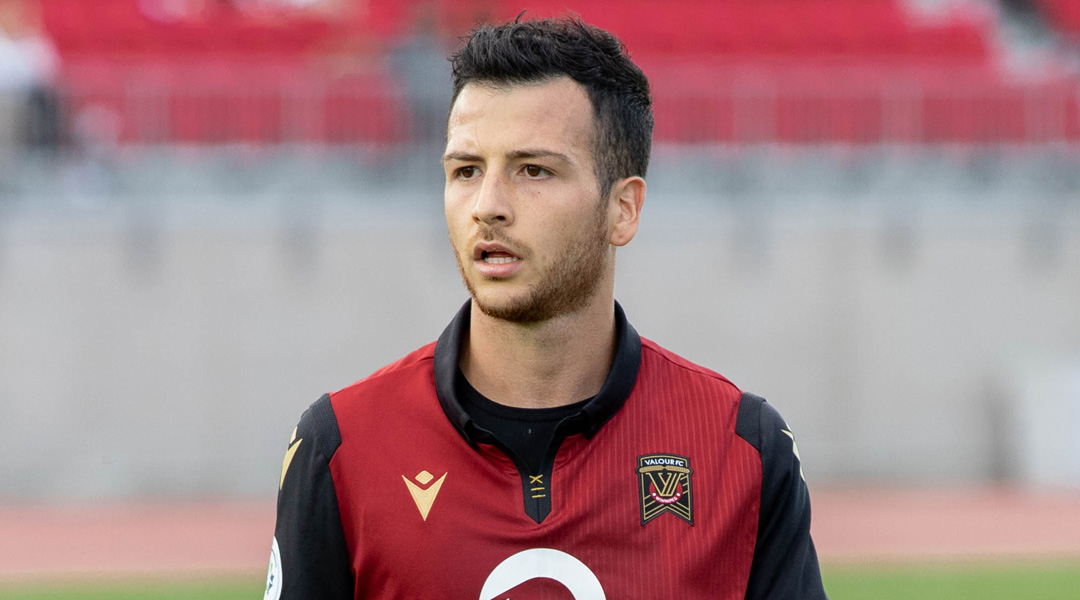 The biggest transfer saga of the Canadian Premier League offseason has now concluded: Marco Bustos has opted to join Pacific FC over staying with Valour FC.

The 23-year-old midfielder establish himself as one of the most dangerous wingers in the league last year, scoring eight goals and contributing three assists across 27 appearances for Valour FC.

While FC Edmonton had been interested in the player, his final choice was ultimately between his hometown side and Pacific FC.


His signing with Pacific FC sees his return to the west coast, an area he left in 2018 after he parted ways with the Vancouver Whitecaps. With the race for his signature now over, Pacific FC CEO Rob Friend was evidently happy to secure his services:

Marco was one of the top players in the league last year and therefore one of the most sought after profiles this off-season. He’s young, ambitious, and extremely talented, so we are obviously delighted to have him join Pacific FC.

Bustos posted a parting message for Valour FC and all the fans who had cheered him on at IG Field:

The league’s fourth-ever intra-league transfer will see Bustos reunited with new Pacific FC head coach Pa-Modou Kah, whom Bustos had already declared was a big draw for him.

Marco Bustos is a talented player that excites the crowd and has the ability to change a game at any moment. He’s a true professional and we are happy to add a player of his quality to the Pacific family.

The arrival of what is expected to be the most expensive midfielder in the league means that there may not be room left in the budget for Ben Fisk, who some have already speculated may be a good fit at the new CPL expansion club based in Ottawa.

Now ready to begin his time with the Tridents, Bustos has set lofty goals for himself: he’s hoping to break into double digits for both goals and assists, putting in another good season that may help him launch himself up to MLS or Europe next year.


Prior to signing Marco Bustos, the club recently brought in two former Ottawa Fury players in Jamar Dixon and Thomas Meilleur-Giguere. Many members of the inaugugral season roster will also be returning, like veteran Canadian international Marcel de Jong and several of the club’s youngsters.

Meanwhile, Valour FC has begun replacing its depleted midfield by bringing in the likes of Fraser Aird and Brett Levis.

The financial compensation for Marco Bustos was not disclosed by Pacific FC.

Everything We Know About Atletico Ottawa So Far