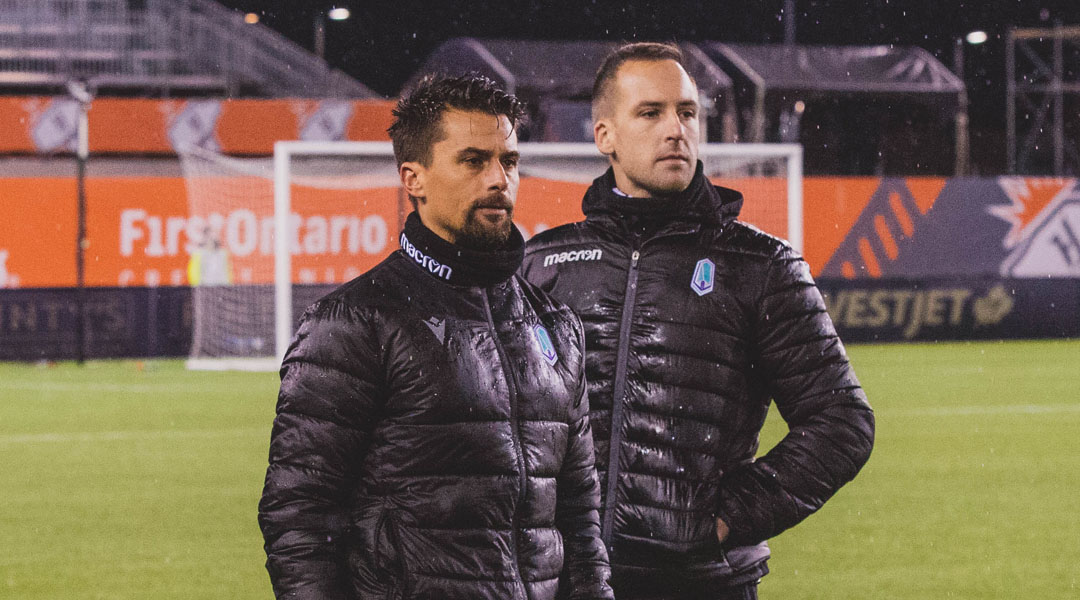 Canadian Premier League side Pacific FC has confirmed the exit of goalkeeper coach Mark Village, who had also been an inaugural member of the club’s squad back in 2019.

The next destination of the 30-year-old goalkeeper coach wasn’t announced, but given that he’s from the mainland it’d be easy to envision him joining the setup over at Vancouver FC.

For the moment, however, Pacific simply wanted to thank the Abbotsford native for his contributions to the club both on and off the pitch.

“Mark has been a pillar in our growth and development as an organization from the start. He joined us as a player in our inaugural season, then became a player-coach within our team and further grew into his role as the Head Goalkeeper Coach for our organization,” stated Pacific FC head coach James Merriman.

Village was the club’s starting goalkeeper back in the league’s inaugural campaign, completing 17 appearances across all competitions as he competed for minutes with Nolan Wirth. He then transitioned to the role of head goalkeeper coach, replacing Marius Rovde in the position to help train the likes of Callum Irving, Emil Gazdov, and Whitecaps loan Isaac Boehmer, who has now signed a first team contract in MLS.

“On behalf of myself and my family, we thank you for all that the club and the community has done for us. I am truly honoured to be a part of Pacific’s early history,” said Village online. “I will cherish all the milestones and memories we have experienced together over the last four years. Thank you to the fans. You have made this journey very special. A piece of my heart will be always be purple!”

“Mark has also done good work and built great relationships within his youth development role in our Powered by Pacific FC programs,” added Merriman. “He leaves as a CPL champion with Pacific FC in our 2021 season and has been a great ambassador for our organization.”

Pacific FC did not disclose if a replacement goalkeeper coach has been recruited as of yet.