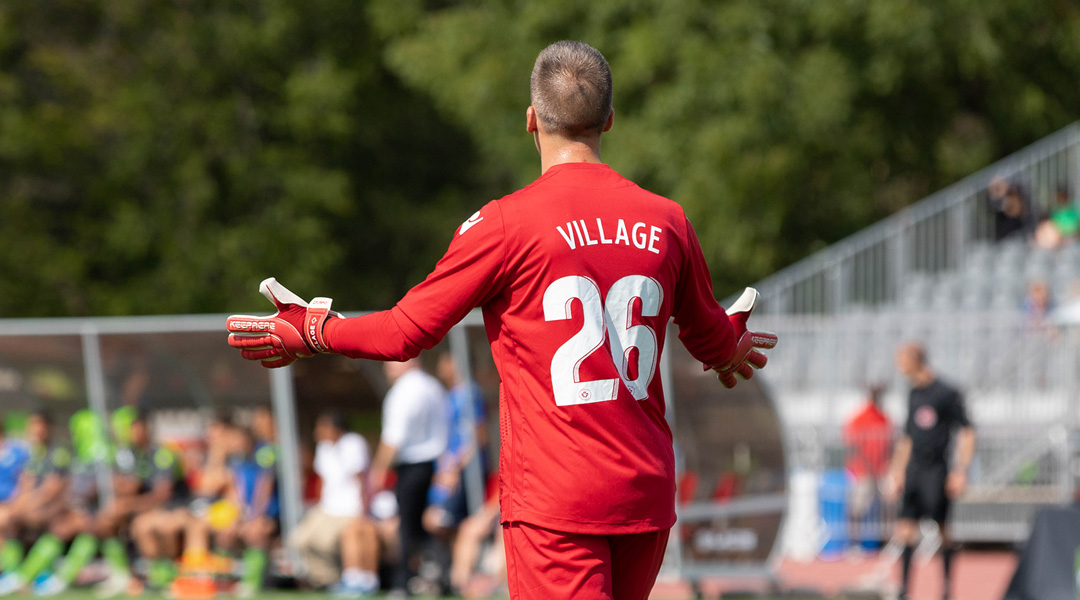 Village had made 17 appearances for Pacific FC in the club’s inaugural season, recording four clean sheets and conceding 24 goals. The 28-year-old was released by the Tridents back in November, with the club then re-signing Nolan Wirth in January. For 2020, the club has also brought in former Ottawa Fury shotstopper Callum Irving, both of whom Village will now be coaching.


Here’s what Pacific FC Ceo Rob Friend had to say about the return of a familiar face to Westhills Stadium:

We wanted to ensure Mark was part of this organization for the long term. When the opportunity arose for the Head Goalkeeper coach, he was our obvious first choice. His experience and leadership will help mentor our younger players as well as in the community with our Trident Development Program.

This development program will heavily utilize the largest fieldhouse in British Columbia, where members of the Trident Development Program are able to train year-round. With the club philosophy banking on young domestic talent, it’ll be interesting to see if any program graduates will suit up in starfish purple in the years to come.

While 28 is a young age for a player to finish his playing career – especially for a goalkeeper – Village is excited about the next chapter of his career. As a former FC Cincinnati and Whitecaps 2 player, the Abbotsford-born goalkeeper is accustomed to a professional atmosphere that will lend itself handily to a career in coaching.

I’m very excited for the new role, new responsibilities and new challenges. It’s very evident that the ownership want to invest in the talented youth that are on the Island and grow something truly special. I will invest my time and energy into the youth programs just as many coaches did for me when I was young.

The outbound goalkeeper coach, Marius Rovde, has taken up a new position as executive director at Richmond FC, where he had previously been in charge of the football club’s goalkeeping academy. Following a year-long discussion with the board, Rovde will now be helping out on the business side of things, too.


Of course, given that Cavalry FC goalkeeper coach Jordan Santiago rode the bench as an emergency goalkeeper against FC Edmonton last September, there could be an occasion where Village actually suits up for Pacific FC once again – but his day-to-day contributions will now be strictly from a coaching standpoint.

Pacific FC currently has sixteen players on its roster for its second-ever season, with the west coast side bringing in some high-level experience to help its youngsters: Liga MX veteran Alejandro Diaz could have an explosive year, while goalscoring midfielder Marco Bustos is seen as one of the top players to watch in the upcoming season.