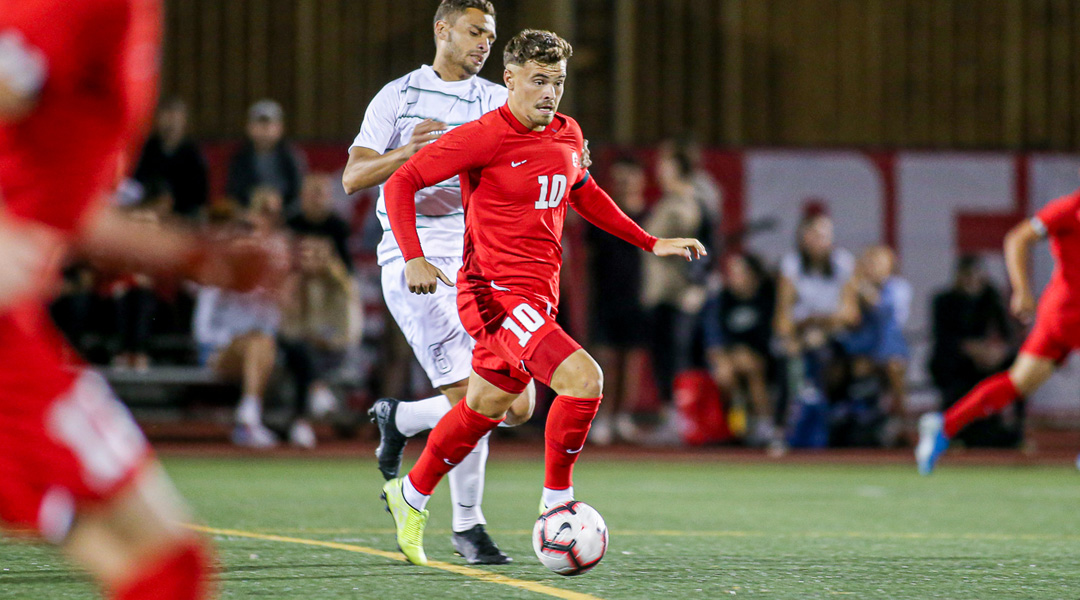 Along with his brother Marcello, Matteo had hoped to be a part in the 2021 MLS SuperDraft. With the draft having come and gone without including the youngster, he now pivots towards an opportunity in the Canadian Premier League.

Like many other athletes signed to the Pacific FC side, Polisi spent several years with the Whitecaps FC Residency program, which followed two years with the Portland Timbers’ Residency Program. Before that, he developed with the Coquitlam Metro-Ford Soccer CLub and scored a hat-trick to claim the BC Provincial U-15 Cup in 2015.

Most recently, Polisi has plied his trade at the NCAA level with Simon Fraser University, being described as a ‘gifted goal-scorer’ by head coach Clint Schneider during his time there. He made the NCAA Division II All-America second team in 2019, with his three-year tally with SFU seeing him score 36 goals and 18 assists in 52 games.

He also spent time with USL2 side TSS Rovers, too.

Suffice to say, the attack-minded player is someone who appears to be a good fit with Pacific FC head coach Pa-Moudou Kah‘s style of play.

Matteo is a player who’s highly motivated to make it as a professional and is grateful for this opportunity. He’s technically good and has a nose for the goal. I’m looking forward to working with him and welcoming him into the PFC family.

The five-foot-ten attacking midfielder joins as the club’s second brand new addition behind former York United Captain Manny Aparicio. The side has now secured nineteen players for the 2021 Canadian Premier League season, with Mexican forward Alejandro Diaz being the only international currently signed to the side.

Simon Fraser University has seen itself grow a lot of ties with the Canadian Premier League of late, with the side once being coached by new Eddies head coach Alan Koch, who then brought in former SFU Coach Brendan Shaw and record-setting SFU midfielder Paris Gee with him to FC Edmonton.

Pacific FC did not disclose the length or financial details of Matteo’s contract with the side.