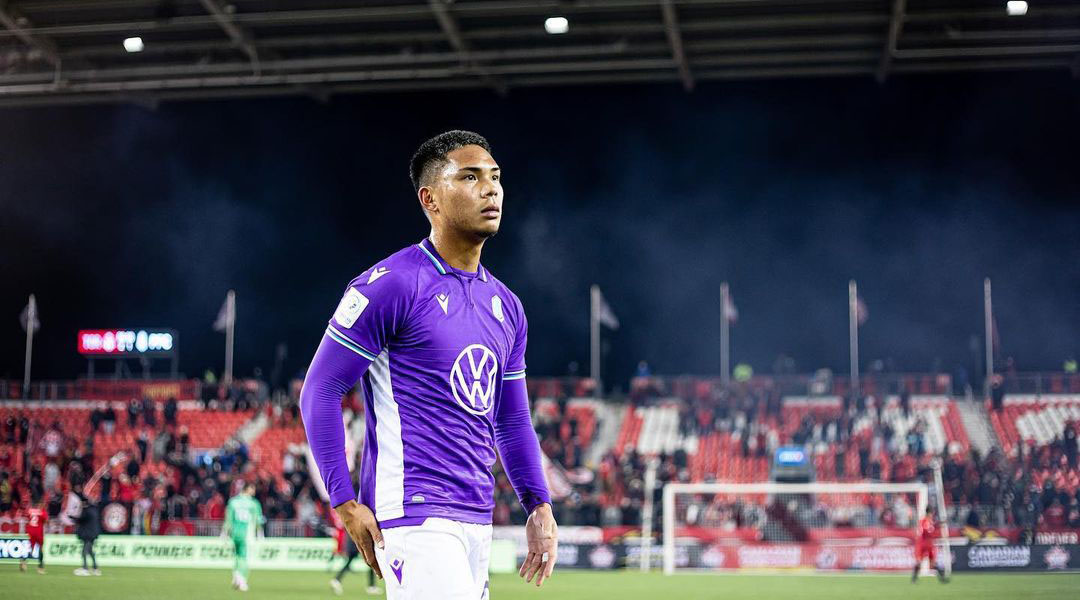 The Philippines national team is reporting that Pacific FC midfielder Matthew Baldisimo has withdrawn from national team duty through injury.

This marks the third time that a potential national team debut has been curtailed for the VWFC2 product, who had accepted a call-up to the Phillipines earlier this year but saw registration issues keep him sidelined at the time.

Prior to that, his first contact with the Azkals came during some good form at last year’s Island Games tournament, though the COVID-19 pandemic ultimately prevented any movement after positive conversations back then.

With the registration issues from earlier this year now fixed, the Philippines national team has now reported that an undisclosed injury has forced the 23-year-old to withdraw from its AFF Championship squad.

Baldisimo’s third season Pacific FC has proven to be a tough one, with injuries limiting his input to just two appearances in July, two in October, and two in November. Having seen only 176 minutes of action throughout them, Matthew will be hoping that the 2022 season will prove to be a less injury-prone time for the midfielder.

His most recent appearance for Pacific also saw him complete his only 90 minute shift of the campaign in a 1-0 regular season loss against Cavalry, where he made the third-most passes of any Trident on the pitch.

Had Baldisimo been fit for national team duty, he would have been set to debut at the AFF Suzuki Cup in Singapore. The Azkals find themselves grouped with Thailand, Singapore, Myanmar, and Timor-Leste in a competition that is set to run until January 1, 2022.

Baldisimo is eligible for the archipelagic country by way of his parents, and currently has several relatives spread out throughout the country.

The 23-year-old midfielder has now made 40 appearances for the Tridents across all competitions. He featured every match for Pacific FC last season, where he notched his first assist for the team in a 2-0 win over Valour FC.

Given that Matthew is unable to attend national team duty through injury, it looks unlikely that he will feature in the 2021 CPL Final set for this Sunday. This marks Pacific FC’s first-ever domestic league final, which would also represent Matthew’s first senior medal.

His older brother Michael Baldisimo was also mentioned as having accepted a call-up for the Philippines, though he also had to withdraw due to injury. The national team reported several players absences, with the head coach noting that fans may have to temper their expectations in the upcoming tournament as a result.