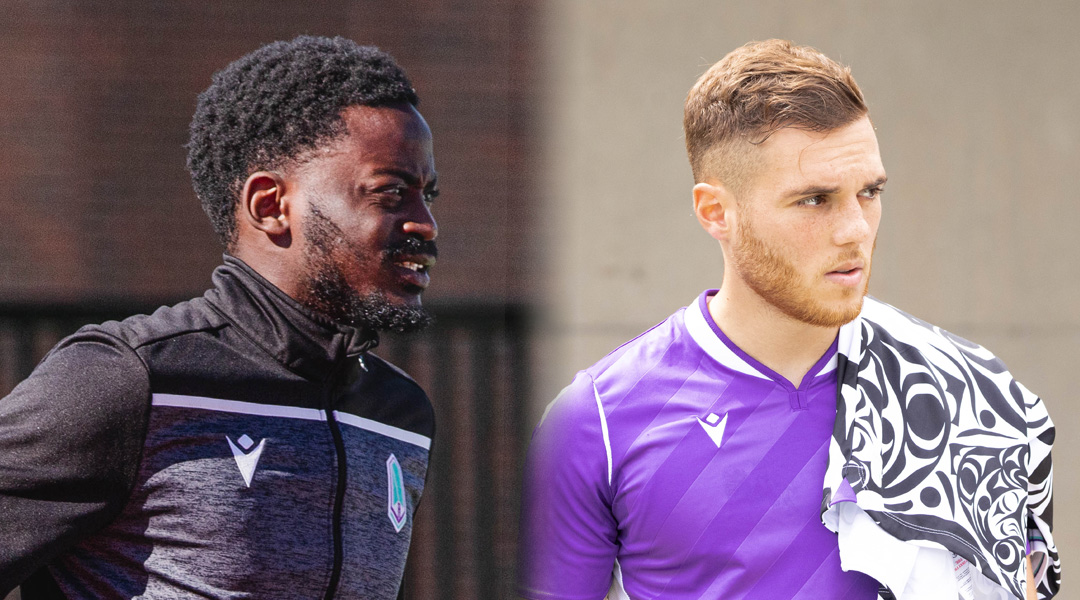 Pacific FC’s player departure count is now up to five with the confirmation that Nathan Mavila and Luca Ricci have left Starlight Stadium.

English left-back Nathan Mavila featured 25 times for the Tridents across all competitions during his second CPL stint, with the former Cavalry man helping procure nine clean sheets under James Merriman. As an attack-minded full-back, Mavila offered a good outlet for Pacific along the left flank, and has now made 66 CPL appearances in all.

Should a new CPL club pick up Mavila, it’s worth noting that he’s on track to secure permanent residency next year, which would see him count as a domestic athlete in the league’s roster rules.

Midfielder Luca Ricci had arrived as a reinforcement ahead of the club’s sixth matchweek, though this wasn’t his first taste of professional experience: having spent time with both the Ottawa Fury and Phoenix Rising, the CF Montreal academy product filled in decently enough for Pacific, appearing seven times for the club and bagging an assist in the Canadian Championship. At 24, however, he’s still a bit raw and it remains to be seen what will come next for the Montreal-born midfielder.

The club followed a similar announcement strategy last year, with departures being revealed ahead of returning and new player announcements. With both Nathan Mavila and Jordan Haynes now gone, the club will need to make big moves in the left-back department, where there’s a limited domestic selection – just ask York United, who took a fair bit of time to replace Diyaeddine Abzi.

With club record goalscorer Alejandro Diaz having been sold and Marco Bustos having undergone a trial with Toronto FC, how different the 2023 Pacific FC roster will look like remains to be seen.