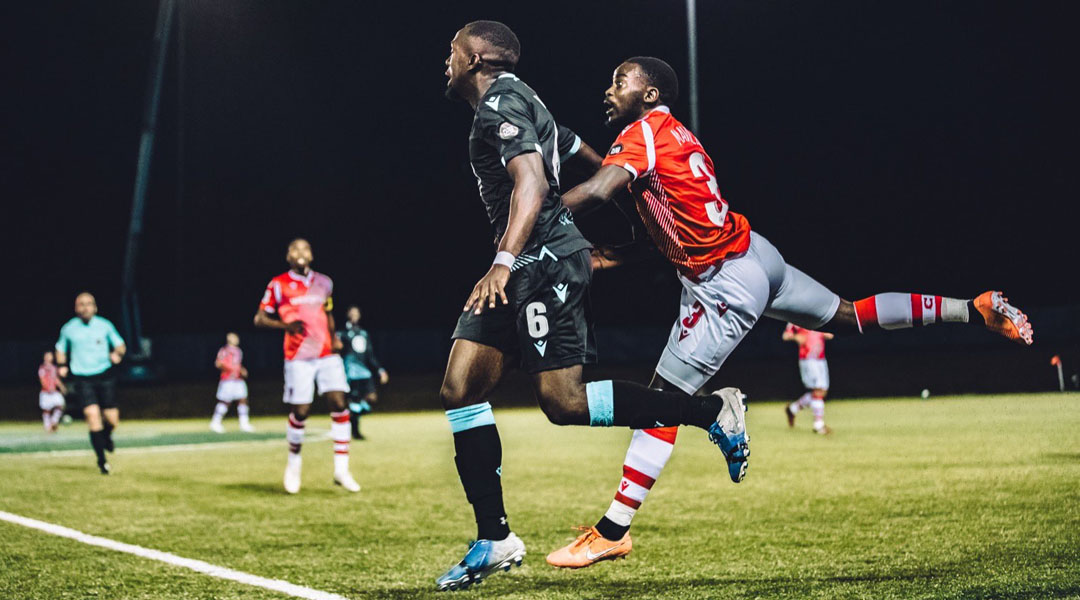 It looks like former Cavalry FC full-back Nathan Mavila is poised for a return to the CPL – but this time, it’ll be in purple.

The 26-year-old left-back was a key player for Cavalry FC throughout the club’s first two seasons, making 41 appearances and scoring three goals during his time at Spruce Meadows.

TFC Republic’s John Molinaro reported that the left-sided full-back has now inked a contract with Pacific FC after splitting his time between Sweden and England last year, though he dropped out of professional action in that time.

Mavila had spent his entire career in England prior to his move to Canada in 2019, developing with Wycombe Wanderers and West Ham United prior to a series of loan spells and transfers in the English lower leagues. His move to Cavalry FC saw him establish himself as a league-leading left-back in the Canadian Premier League’s inaugural campaign.

He departed from the club shortly after The Island Games, joining his former West Ham Academy teammate Moses Makasi at Swedish second division side IK Brage on a two-year deal. His time in Sweden would prove shorter than that, however, with Mavila departing after just six appearances in 2021.

The left-back most recently played for non-league side Wingate and Finchley, where he’d previously played back in 2017. Now, however, comes a return to the pro game.

Should Pacific FC successfully recruit Nathan Mavila, they’d be getting a left-sided full-back who proved himself to be one of the best in the league in 2019 and 2020. He’d offer stiff competition for Jordan Haynes on the flank.

There might be some history there, as Mavila was likely the player that Cavalry snubbed Haynes for back ahead of the inaugural CPL season.

It remains to be seen who will be added for the right flank following Toronto FC’s acquisition of Kadin Chung. The Pacific FC defense also brought in top CPL centre-back Amer Didic to replace Lukas MacNaughton. Between Didic and Mavila, the club looks to have recruited smartly on the defensive end ahead of its title defense campaign.

Pacific FC has not commented on the news posted by John Molinaro.