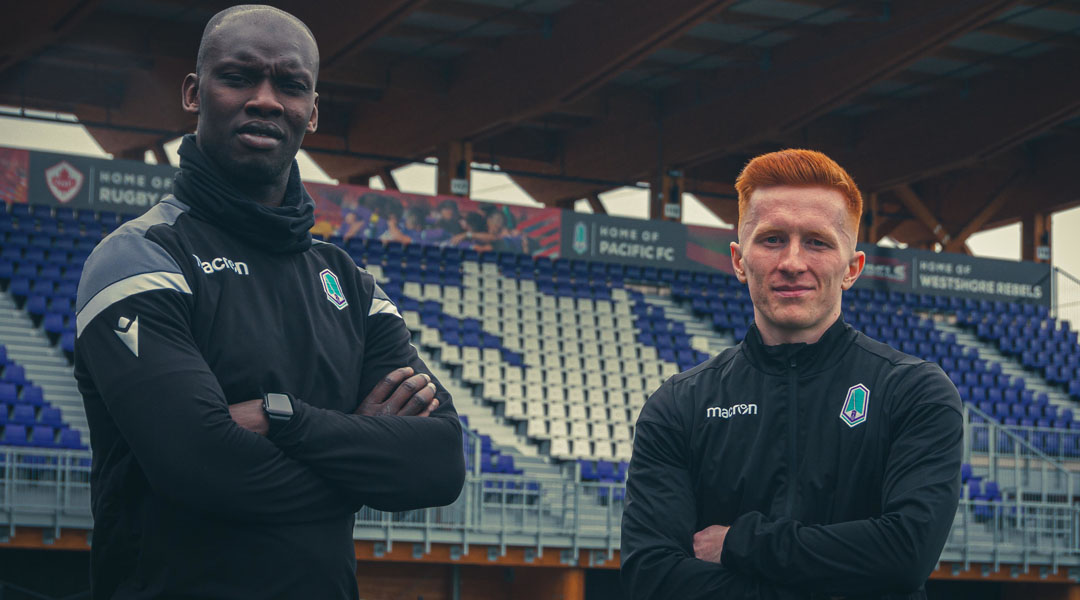 It was over three months ago when we reported that Ollie Bassett had joined a Canadian Premier League team, and now the news has become official: Pacific FC has officially signed the 23-year-old former Northern Ireland Youth International.

The newest Pa-Modou Kah signing joins his ninth club since 2015, with Pacific FC marking his first venture into North American football following time in England, New Zealand, and Australia. While his previous clubs have mostly been at the non-league and semi-professional levels, a highlight campaign in New Zealand from 2019 saw him bag six goals and eight assists in just ten matches to show that Bassett still has quite a high ceiling.

The attacking midfielder has proven quiet adept in a central role, though he seems quite capable of playing out on the left as well. His youth career began in Aston Villa and saw him develop with Southampton and Yeovil Town, with the Leicestershire-born midfielder making his debut under Yeovil boss Paul Sturrock in 2015 at the age of 17 – a feat which made him the youngest Yeovil player to play in the Football League at the time.

The history-making appearance put Bassett on multiple radars, and he earned a call up to a Northern Ireland U-19 training camp as a result, later featuring in a UEFA U-19 Championship qualification match against Slovakia. Back at Yeovil Town, new gaffer Darren Way opted to loan him to non-league side Dorchester Town across three small stints, with Ollie ultimately departing in 2017 after making just two appearances for The Glovers.

Following two more short non-league stints, Bassett moved to New Zealand to sign with Waitakere United, scoring four goals in 18 appearances. He switched to Team Wellington a year later, where a blistering campaign saw him contribute six goals and eight assists in just ten appearances, suggesting that he has what it takes to play in higher divisions.

Bassett then moved to Australia to play with newly-promoted semi-professional side St. Albans Saints FC in the NPL Victoria. After a trial with Dutch second division side TOP Oss, he returned to England to sign with seventh division side Nuneaton Borough last October before quietly signing with Pacific FC this January, with the move just being made public today.

The 23-year-old suggests that his previous stints away from home have prepared him well for a new chapter in Canada:

When I first went to New Zealand it was quite tough because it was the first time I’d played in a different country and been so far away from my family and friends, but I think having that experience in the past and dealing with it will only help me settle in quicker when I can start training and start getting out and exploring [The Island].

Bassett becomes one of only two international signings to join the Starlight Stadium setup this year, with Mexican striker Alejandro Diaz having re-signed after impressing at an The Island Games campaign which saw Pacific FC reach the group stage of the tournament.

Pacific FC kicked off team training last week, releasing several photographs of the squad back to action out on the west coast. Prior to that, the club had quietly participated in a last-minute training scrimmage against the Vancouver Whitecaps shortly before the MLS side departed to the US for its upcoming season.

Bassett’s arrival may be spoiling Pa-Modou Kah in terms of midfield options, with the international arrival arriving following the earlier additions of former York United captain Manny Aparicio and SFU standout Matteo Polisi. More recently, the club also shored up its defensive options with the intra-league arrivals of Duran Lee and Kunle Dada-Luke, too.

The attacking midfielder has already completed his quarantine period, with Pa-Modou Kah stating that he can be deployed in multiple positions for Pacific FC.

Pacific FC did not reveal the length or financial details of Bassett’s contract.