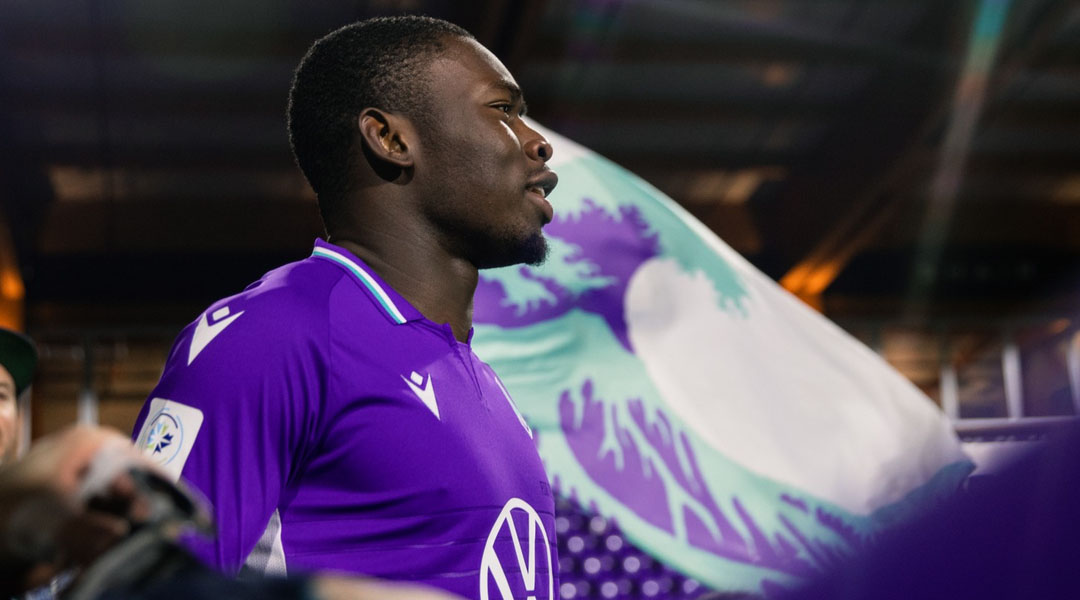 Pacific FC has confirmed the return of 19-year-old defender Paul Amedume for the 2023 CPL season.

The young centre-back made his professional debut for the Tridents back in Pacific’s title-winning 2021 season, making two appearances.

He then followed former head coach Pa-Modou Kah to North Texas SC on a year-long loan stint, making 19 appearances for the MLS Next Pro side and procuring one goal.

Pacific FC head coach James Merriman had coached the youngster back in his days with the Vancouver Whitecaps youth team, where Amedume helped the U-15 side to a USSDA Northwest Division win.

“He has great character and personality for a young player,” says Merriman. “He’s a ball-playing central defender, can pass, and can dribble out of pressure with good size and athleticism. Paul’s a young Canadian player with great potential and a high ceiling.”

Having now racked up a season of experience in MLS Next Pro, it’ll be interesting to see how the 19-year-old slots into a team that has a big centre-back pairing in Amer Didic and Thomas Meilleur-Giguere.

It’s worth noting that he has the potential to push out into a defensive midfield role ahead of them, too.

While Amedume is now quite familiar with the west coast, his youth career got its start in Alberta with Edmonton Internazionale SC and the St. Nicholas Soccer Academy, after which the right-footed youngster joined the BTB Academy.

Marked as one for the future with a high ceiling, there’ll be many eyes watching to see how much of an imprint he’s ready to make at the Canadian Premier League level, where there’s an incentive to play young domestic talent.

Pacific FC has also teased that more roster news will be unveiled in the coming weeks for both returning players and new singings.