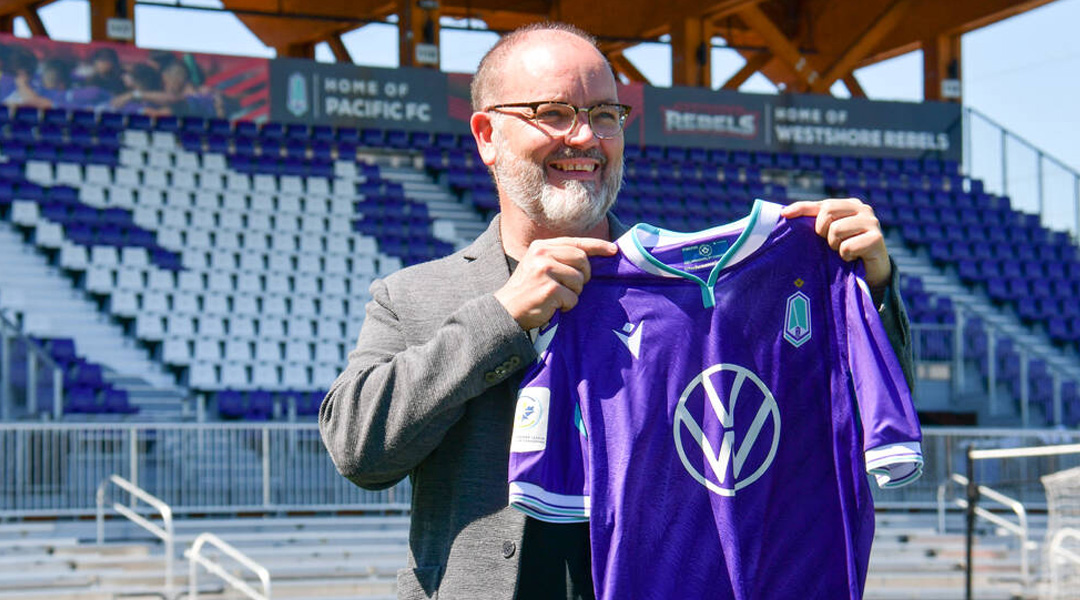 Pacific FC CEO Rob Friend had told us to expect an update on PFC Ownership this week as he transitions to the Langley expansion team that will launch next season.

Beirne helped launch the Canadian Premier League in 2019, donning several hats as he helped the fledgling league launch with seven clubs from coast-to-coast. After helping things get started, he stepped down from the role months later.

He arrives to Pacific FC with a long history of successful sports executive roles: he has served with MLSE’s major entities in the Toronto Maple Leafs, Toronto Raptors, and Toronto FC, while also having worked with the Ottawa Senators and even Premier League side Brighton Hove and Albion.

Right now, he’s wrapping up some work in Rochester with MLS NEXT Pro.

“As we looked ahead to what’s upcoming for Pacific FC as a purpose-driven club that supports professional players and countless youth programs across the region, we knew Paul’s drive, experience and commitment to the sport would help us achieve our goals,” Pacific FC President Josh Simpson told the Times Colonist. “Now in our fourth season, with a championship to our name, we are looking to Paul to help us expand on what we can do as an organization in the community and for the betterment of Canadian soccer overall.”

Beirne states that he jumped on the opportunity to join the reigning champions, stating that he has a great respect for what they’ve already cultivated in the Langford and Victoria area. The Tridents are in the midst of a title defense season, playing out from a stadium which has doubled its capacity since the launch of the team.

“I’m a big believer in the power of sports, football in particular,” says Beirne. “When you can merge the game on the field with the fans and corporate community it becomes very special for everyone in the community.”

The announcement comes with the official confirmation that Pacific FC CEO Rob Friend will be formally transitioning over to the Langley venture, which shares an ownership group that has concrete ties to Pacific FC: Josh Simpson and Dean Shillington are behind both clubs.

When asked if the terms of Beirne’s recruitment included any ownership stake, there was no definitive answer. (Edit: it has now been confirmed that there is no ownership stake involved).

Beirne will arrive to Victoria in September, where he’s set to dive in helping the club prepare for the following year. By that point, of course, Pacific FC hopes to be well on track for playoffs, and – if all goes to plan – will still be in the midst of a strong Concacaf League run.

“I really can’t wait to hit the ground running with Pacific,” Beirne concludes. “My wife and I are excited to start home searching and meeting people in the community. Pacific FC has done such a good job already of building a relationship within the community so we’re just going to build off that and hopefully create something really special.”