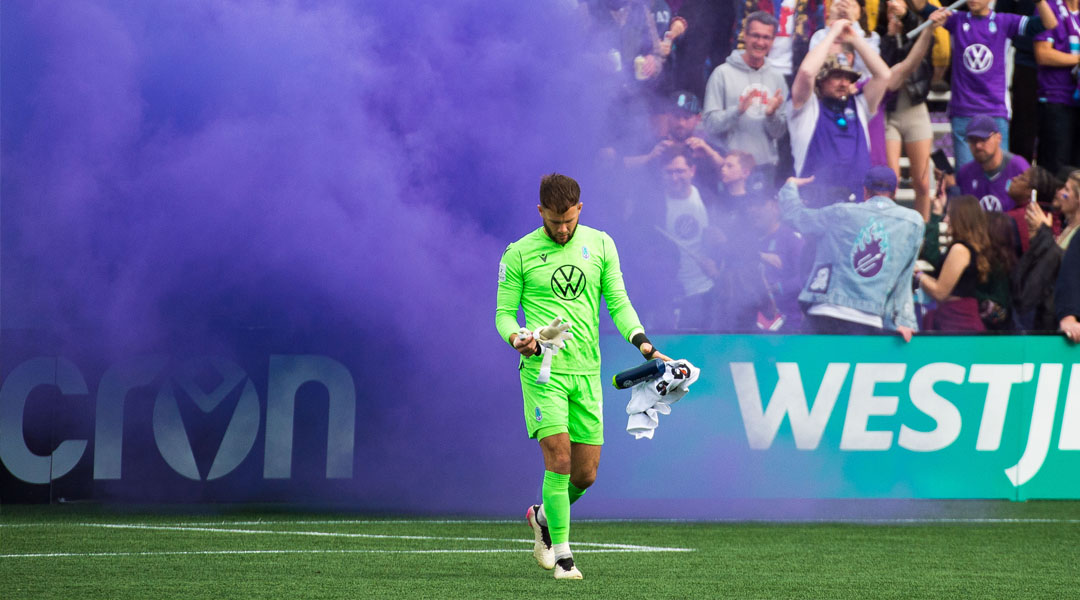 Pacific FC may not have taken to the pitch this weekend, but today’s league play has confirmed that the Canadian Premier League side has clinched a playoff spot in back-to-back seasons under Pa-Modou Kah.

This weekend’s CPL action saw playoff hopefuls York United draw against Atletico Ottawa, which means that the Nine Stripes can now only hope to achieve a maximum of 42 points throughout the season. With the CPL tiebreaker defaulting to the number of wins, Pacific is now mathematically guaranteed a spot in the postseason.

The Tridents have established an attractive brand of attacking, fast-paced football since the arrival of head coach Pa-Modou Kah, who’s first year with the club saw them reach a postseason berth at The Island Games. The head coach told us continuity was key going into the 2021 season, with the Norwegian gaffer keeping the vast majority of his roster and adding sharp additions like Manny Aparicio, Ollie Bassett, and Matteo Polisi in the offseason.

The good times have kept rolling for the island-based outfit, who have scored a league-leading 41 goals this season and had enjoyed a good stretch at the top of the table despite star player Marco Bustos missing about two months of action. Forwards Terran Campbell and Alejandro Diaz are tied for fourth in the golden boot race, contributing nine goals apiece.

The current campaign has also been highlighted by a strong Canadian Championship run that saw the side emerge 4-3 victors over the Vancouver Whitecaps before dispatching league-leaders Cavalry FC in the quarter-final stage. As a result, Pacific has booked a semi-final at BMO Field on November 3 against MLS side Toronto FC.

Kah’s tenure with the club has seen the side collect 18 wins, 8 draws, and 11 losses across all competitions since he replaced Michael Silberbauer in 2020. Assisted by James Merriman, the track record of the duo certainly gives the feeling that anything can happen now that they’ve secured their second consecutive playoff berth – though where in the top four the Tridents will ultimately finish remains to be seen.

Despite a drop in form over the last two weeks – with the most worrisome sign being that the club has the highest goals conceded of any team in the top four – the side will expect to pick up points against York United and FC Edmonton before wrapping up the regular season against Cavalry.