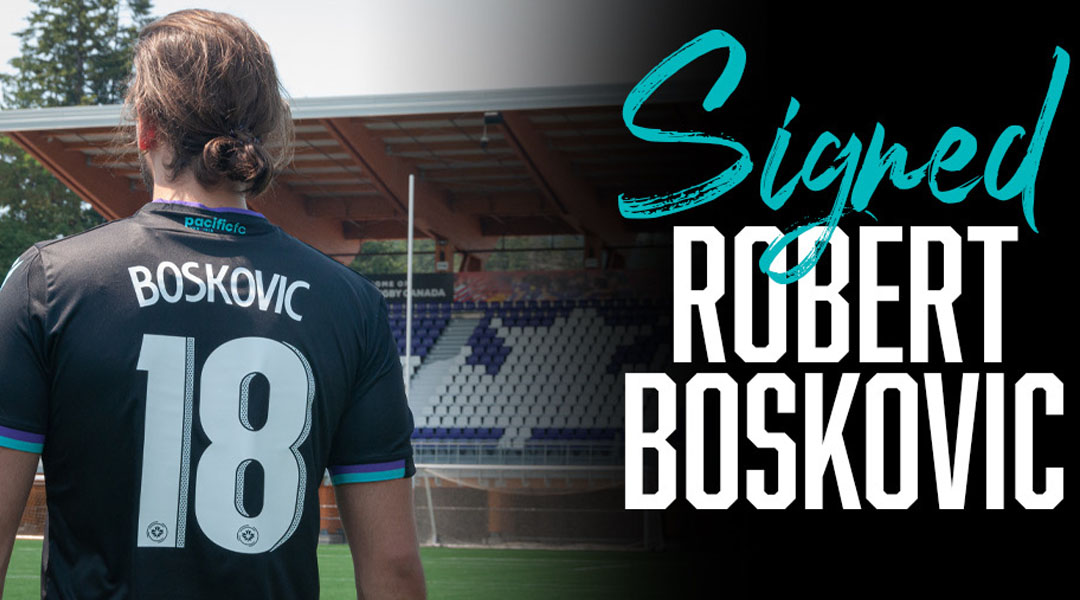 Canadian defender Robert Boskovic is back in the Canadian Premier League.

The 23-year-old got his first taste of the league at last year’s Island Games tournament, with the centre-back arriving on a season long loan to Cavalry FC from Toronto FC II. He was released by the MLS reserve side last December, and now arrives to CPL leaders Pacific FC as a free agent with a lot of upside.

Boskovic is a young player with great untapped potential. He is technically and tactically good and we welcome him to PFC family.

When we spoke with him last year, he wanted to become a league-leading defender. That aspiration hasn’t changed, with the six-foot-three centre-back set to add a strong presence to the Tridents’ defense.

The Mississauga-born defender developed through the Mississauga SC, West Toronto, Toronto FC academies, briefly appearing for the Ryerson Rams at the collegiate level and signing on with Toronto FC II in 2015.

Boskovic remained with Toronto FC II for five years, recording 55 appearances and one goal for the MLS reserve team. His final two seasons featured consecutive loans, first to now-defunct USL side Ottawa Fury in 2019 and then to Cavalry FC in 2020.

Boskovic will be travelling with the side for its upcoming road trip, with the Tridents set to face his former team Cavalry FC in Alberta tomorrow before travelling to Winnipeg for a Monday evening match against Valour.

While many CPL sides are adding signings amidst injury problems, Pacific FC is reporting a clean bill of health: the entire squad is currently available for selection, including Thomas Meilleur-Giguiere.

The length and financial details of the contract were not disclosed by Pacific FC.