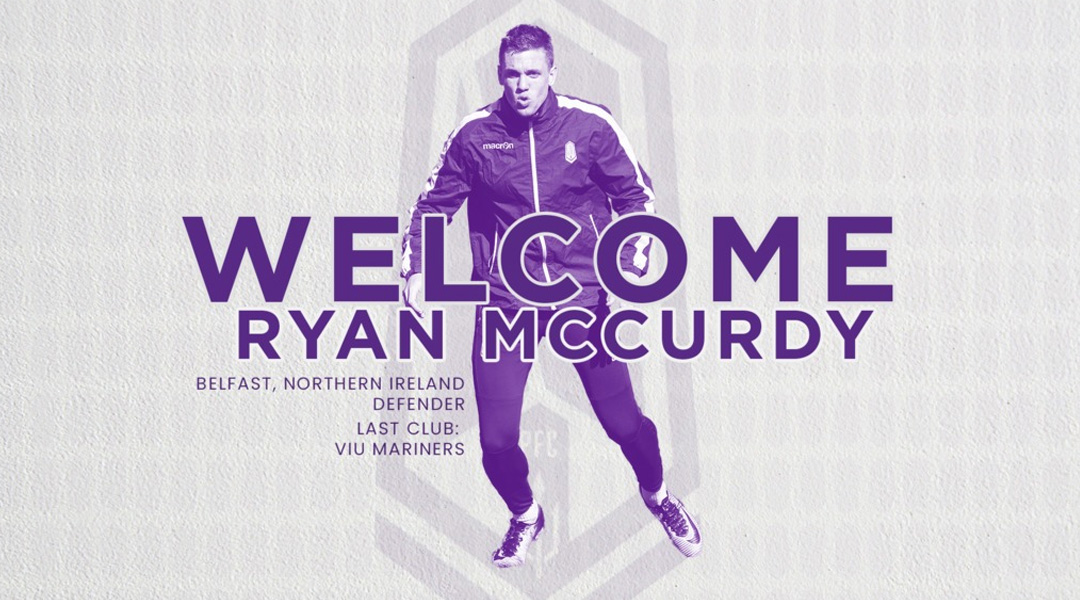 Pacific FC has confirmed that the club has officially signed 28-year-old Ryan McCurdy, who had evidently impressed on his month-long trial. While he was born in Northern Ireland, McCurdy has spent plenty of time in Canada (and on Vancouver Island, no less), and will not occupy an international spot in the roster.

It’s not the first time he’ll play alongside Victor Blasco, either: he won the national championship with him for the Vancouver Island Mariners back in 2017, earning himself recognition as a CCAA National All-Star in the process. He also captained USL League 2 side Victoria Highlanders that same year.

Prior to that, McCurdy was a youth product with semi-professional Northern Ireland side Linfield FC, where he won the Youth League and Youth Cup. Upon his arrival to Canada, he was a CCA All-Star for Algonquin College and also clocked in time with League1 Ontario’s Kingston Clippers in 2016.

We are very pleased with the addition of Ryan and the bolstering of our back line. He checks a lot of the boxes within our club’s philosophy and has played extensively on the Island. Ryan is in a great stage of his career, and brings tremendous character on and off the field.

McCurdy is just the 16th signing for Pacific FC, which means it’s the first time the squad could field 11 players and fill its own bench at the same time. It is likely that fellow trialist Shun Takano will be announced soon as well.