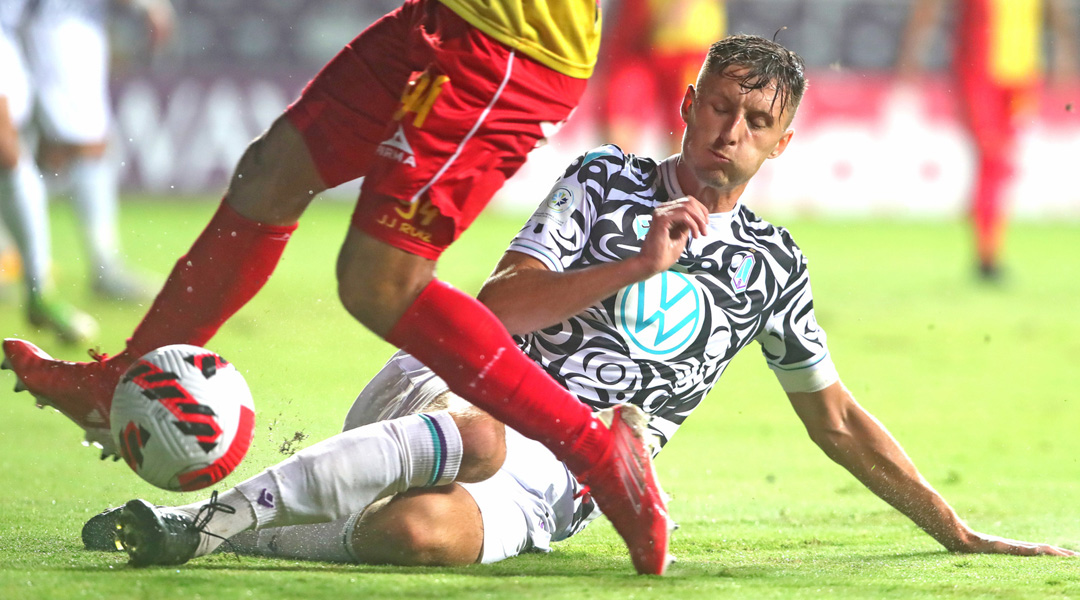 Victoria native Sean Young is set to remain with Pacific FC for a fourth season, with the implication of club options beyond that.

The local midfielder had turned professional with Pacific back in 2020 after having impressed in the Vancouver Island Wave program, having also featured in the Pacific Coast Soccer League and with the Victoria Highlanders.

His first season in purple saw him largely utilized as a substitute, but he grew well into a larger midfield role in the club’s subsequent title-winning campaign. With Alessandro Hojabrpour departing for Forge after that, Young’s minutes in the middle of the park increased to a career high of 1,716 this year.

With Young having now clocked in 66 appearances for Pacific – tied for second-most in club history alongside Jamar Dixon and Josh Heard – the Victoria native will seek to further extend his growing influence in a Tridents side hungry for a second title.

The club describes him as being capable of playing in a deeper-lying midfield pivot, though he can also push forward in a midfield trio, too. That was evident when the 21-year-old bagged a goal this year in Pacific’s 3-2 victory over recently-terminated side FC Edmonton:

The club has wasted little time in confirming its returning athletes, confirming a trio of them just yesterday. The team has now confirmed ten players on the books for 2023, with the only new addition being Easton Ongaro.

Pacific FC did not disclose the length of Young’s contract, but did state that he had ‘re-signed a multi-year deal for the 2023 season’, implying the existence of club options after next year.