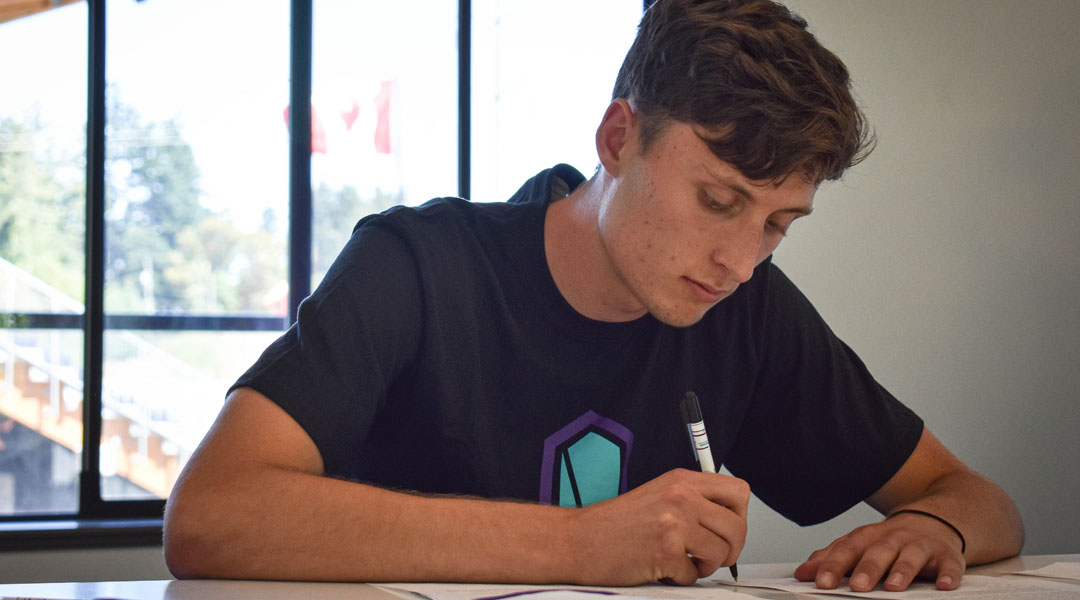 Pacific FC has signed 19-year-old midfielder Sean Young in deal that has made local history: the youngster becomes the first Victoria-born youth product to earn a professional contract in the CPL.

Growing up, Young played on the West Shore and eventually enrolled in the Vancouver Island Wave program, winning Provincials with the U-16 side in 2017. He jumped to the Pacific Coast Soccer League the following year, playing for the Victoria Highlanders reserve squad.


Last season, the six-foot-two midfielder got some time in USL2 with the senior Highlanders squad and was part of the VISL-based Westcastle United team that won the 2019 Jackson Cup.

Sean joining Pacific FC is an example of how the Canadian Premier League is strengthening our soccer community right here on Vancouver Island. Thanks to his hard work through our local Wave youth program he is now at the beginning of an exciting professional career.

Young was introduced to the Pacific FC squad when training resumed following the suspension of all soccer activity due to COVID-19. Pacific FC has accumulated more domestic U-21 minutes than any other CPL side (and by a good margin), so one would expect Young to get some professional minutes when the as-yet-unconfirmed 2020 Canadian Premier League season takes place.

Sean is a strong box-to-box midfielder with great capacity to get around the pitch. We see great potential in adding him to our midfield core to further his development.

The local youth product becomes the 19th player to sign on for Pacific FC’s 2020 season, with the Tridents having recently brought in another youngster in Emil Gazdov, with 24-year-old Jordan Haynes being the most recent addition before today’s announcement.

Over in Alberta, FC Edmonton is a living example that having a good youth intake system can certainly contribute to first team signings. With Pacific FC playing host to the largest indoor field house in BC and putting a heavy emphasis on its youth programs, one expects many more young local products to follow in Sean’s footsteps in the future.


The west coast Canadian Premier squad finds itself under the leadership of former FC Cincinnati assistant coach Pa-Modou Kah for 2020, and he’s brought in a variety of high profile talent like Marco Bustos and Alejandro Diaz to mix with a strong core of existing youth players.

The club will be looking to improve upon its fourth and fifth place standings from last season, and seems to have improved the overall quality an depth of the squad on paper – though it’s not the only CPL squad to have done so. When the upcoming season of CPL action does take place, it’ll be interesting to see which squads will succeed in shortened season.

Pacific FC did not reveal the length or financial details regarding Young’s contract.