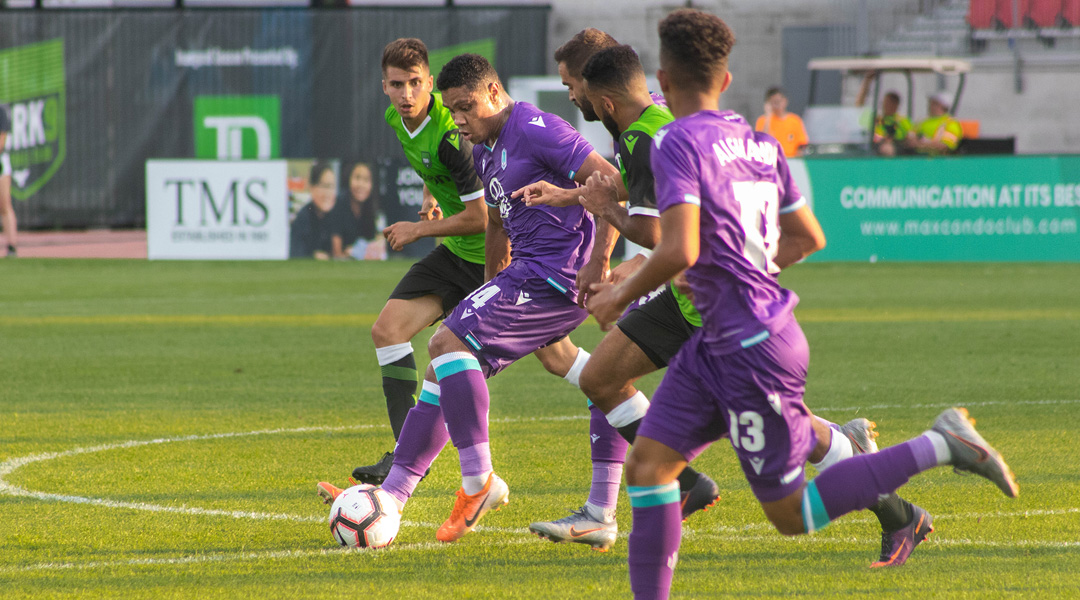 It’s fair to say that Michael Silberbauer’s marquee signings for Pacific FC haven’t exactly gone to plan: Marcel de Jong suffered an Achilles injury before the season kicked off, Marcus Haber is missing the start of the fall season, Hendrik Starostzik has yet to play a full 90 since suffering an injury on his debut, and Issey Nakajima-Farran has spent ample time on the sidelines.

The result is that Silberbauer has had to rely on the most youthful lineup in the league, which has resulted in mixed success for the Vancouver Isle side: while the club continues to leak goals at the back, it was only outscored by Cavalry FC and Forge FC in the spring season. Recent hot streaks from Terran Campbell and Victor Blasco have helped Pacific FC score an impressive eight goals in its last four league matches, though it only won one of them.

So, when asked whether the great form of Campbell and Blasco could keep Haber and Nakajima-Farran sidelined even when they’re back to full fitness, Silberbauer said that who makes his squad isn’t dependent on age or salary: it’s about who’s putting in good work on the training pitch and on the big stage:

30-year-old veteran striker Marcus Haber was expected to be one of the top strikers in the league, but has only scored one league goal in six appearances. It’s a stark contrast to 20-year-old Terran Campbell, who has racked up five goals in 13 appearances. He’s scored a goal in each of his last three games, which is a hot streak that’s hard to beat league-wide. In short, he’s made a good case for a starting spot with his name on it, perhaps even above Haber himself.

Silberbauer has room to make two more player signings in the fall transfer window, though he has yet to indicate any upcoming changes for the club’s roster. For now, it looks like youngsters like Terran Campbell will continue to have a chance to shine, with his starting spot on the roster being safer than most – though it looks like Silberbauer is open to changing things up as each player’s form inevitably rises and falls.