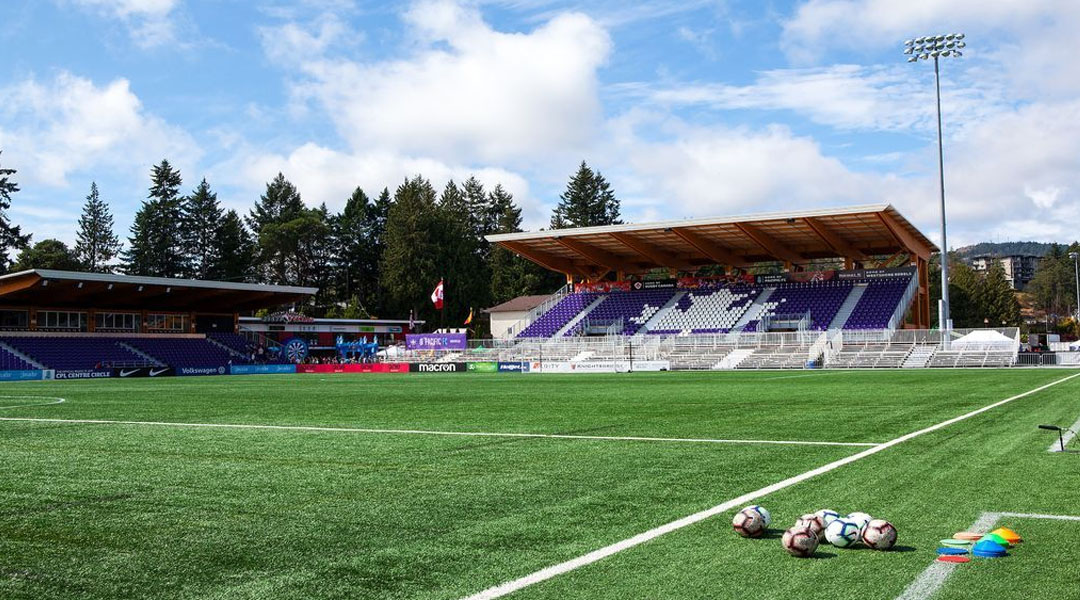 This week sees Pacific FC’s homeground officially undergo a name-change from Westhills Stadium to Starlight Stadium, fulfilling a deal that was set in place this January.

Hailed by Pacific FC Rob Friend as the ‘biggest stadium rights deal in the CPL’, the official ribbon-cutting ceremony for the new sponsorship has been pushed to the summer due to COVID – though fans can start calling the venue by its new name with immediate effect.

Starlight Investments, the new stadium sponsor, will be expected to provide upwards of $500,000 for these naming rights over the next five years. Pacific FC’s contract with the city allows the club to broker a naming rights deal which sees an 85-15 split in favour of Pacific FC, earning the side some much-needed cash following a season without fans due to the COVID-19 pandemic.

The structure of these sponsorship deals come in five year terms, meaning that Starlight Investments is now set to sponsor the venue until at least the 2025 Canadian Premier League season. Langford Mayor Stew Young states that the deal is the largest corporate sponsorship in city history.

For its corporate sponsorship, Starlight Investments will get one marquee sign that lights up from dusk to 10:00PM, branded signage behind each goal, ten stadium flags, municipal direction signage, and a 40-foot roadside banner on stadium-adjacent fencing.

Starlight Stadium had been known as Westhills Stadium from 2012 until the current week, with the recently-renovated stadium having previously been named after the Westhills Land Company which acquired its naming rights for an undisclosed fee from the City of Langford. For its first three years, it was simply called called Bear Mountain Stadium.

It’s a home ground that has seen a lot of changes since Pacific FC came to town, with the capacity of Starlight Stadium (then Westhills Stadium) being increased from 1,500 to 6,000 to accommodate the professional soccer team. Langford invested some $8.8 million into this massive upgrade, which included things like roofed grandstands (one of which Mark Village likened to The Kop), new washrooms, water bottles stations, dressing rooms, and additional parking.

The work isn’t done yet, with Starlight Stadium still set to undergo a second phase of renovations which will remove the now-infamous hydro pole that prevents OneSoccer from broadcasting matches there at a higher angle. The venue went largely unused by Pacific FC last year, with the west coast side travelling to a bubble tournament held on the east coast instead.

Canada Soccer looks favourably on the venue, which was due to hold a friendly against Trinidad and Tobago last year until the COVID-19 pandemic saw the match cancelled.

Pacific FC has currently filled twenty of twenty-three roster spots ahead of the upcoming 2021 Canadian Premier League season, all but one of them being Canadian. While the league reportedly set a minimum number of four internationals players, empty roster spots also reportedly count towards this quota, meaning the team is roster compliant.

The club recently renewed contracts with head coach Pa-Modou Kah and assistant coach James Merriman, who led the squad into a close-door scrimmage with the Vancouver Whitecaps a few weeks ago.

It isn’t known when Pacific FC will begin training at Starlight Stadium. Four of the CPL’s eight teams have announced the start to their own preseason training camps, but the west coast side has not officially announced plans of its own as of yet.