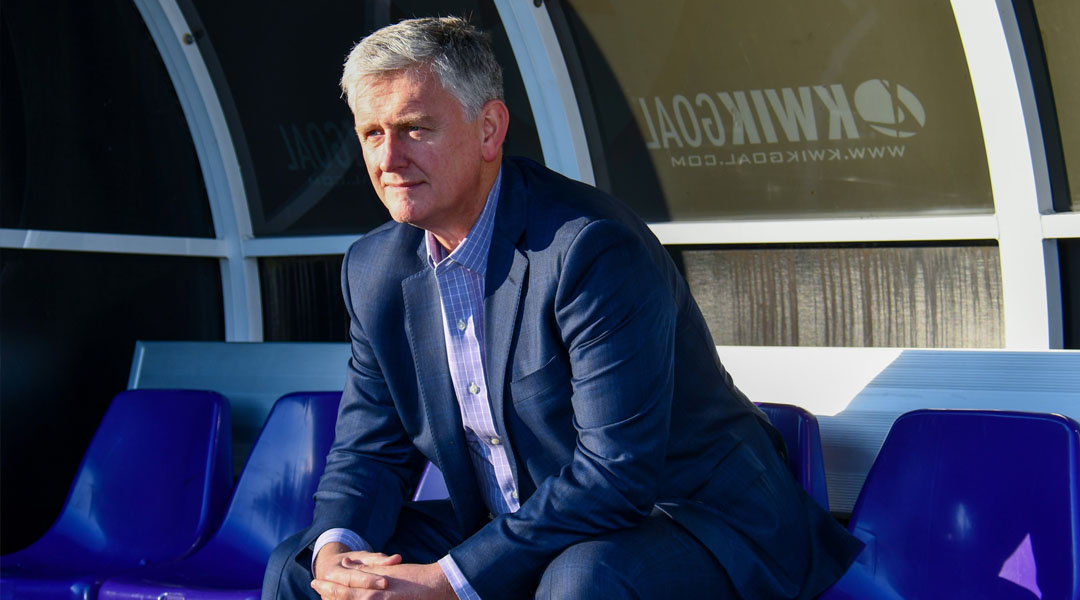 The new hire will be responsible for overseeing football development across all areas of the club and its communal involvement, which runs all the way from the youth level to the first team.

Neely arrives as well-known figure within the Canadian soccer landscape, having held roles with the Vancouver Whitecaps, Toronto FC, Manitoba Soccer, and Ontario Soccer while carving space for himself as a master coach developer with the Canada Soccer over the last eighteen years.

He’s also worked with England’s Bradford City, Belgium’s RRFC Montegenee, and with the New Zealand national team as its head of football development, and had most recently served as Canada Soccer’s Manager of Coach Education for the last three years – where he had to quiet rumours that he was involved in a Kitchener-Waterloo CPL bid.

Neely describes his new position as an all-encompassing role that will see him ensure the professional standards and expectations seen in the first team filter down through all of the club’s associated programs.

“That’s an important piece to it because it’s not like your typical youth club that has a youth academy and a senior team,” he explains, “that was part of the attraction for myself, that’s part of my background. And I’ve worked with many of the Pacific players over the years so I’m very familiar with the roster. I know James well too, we have a good working relationship.”

James Merriman will be in for his first year as a head coach after taking the reigns from Pa-Modou kah last month. The island-born coach had held an assistant role at the club through the last three seasons, though he had taken over on an interim basis at the end of the inaugural campaign.

With Neely now helping take over some duties as the Technical Director of Football, Merriman can focus on putting forth the strongest title defense that he can after losing out on players like Lukas MacNaughton, Terran Campbell, and Alessandro Hojabrpour this offseason.

The club has invested heavily in training facilities on the Isle, building the province’s largest fieldhouse for year-round activities and helping build a five-a-side pitch for a local indigenous school. The club’s associated Van Isle Wave program has also helped produce a current first team player in Sean Young, who featured in the 2021 CPL Final.

Now Toronto FC’s previous academy director is helping build upon that pathway, which will be seen as a big win by football enthusiasts on the west coast.

“The biggest reason I came here was the connection the club has with the community and what they’re trying to do within the community to grow the program itself and get programs for young kids to go all the way to the first team. There needs to be that direct pathway into higher levels of play, but it was how the club were going about it to make it family-sized and have everyone involved to get more families into the game. Obviously that impacts the fanbase for the club, too.”

The fanbase is expected to be in for a boost this year after the club brought the Victoria-area its first national championship since 1966. Pacific is stillset to receive a victory parade, with an entrance into continental action expected to be a big draw for fans, too.

The fanfare is good, though Neely will be keeping a close watch to ensure the side remains leaders in developing the game out west and that its associated programs keep up with the growth of the club itself. With Stuart expected to pick up a lot of those developmental duties, Merriman and the first team coaching staff can shift their focus towards a tough title defense.

“We have to remain competitive and always be better at what we did yesterday because tomorrow there’s always someone new coming to try and take your title away from you. As a championship-winning side you have to be ready for that all the time. This season we can have all sorts of expectations but unless those cornerstones of preparation, competitive edge and positive spirit are in place we won’t have a chance to compete. We know that everyone wants that championship and we want to keep it.”

The west coast team only recent began announcing its returning players for that championship defense, confirming the return of Jamar Dixon, Callum Irving, Thomas Meilleur-Giguere, and Josh Heard. More player signings are set to come in the near future.