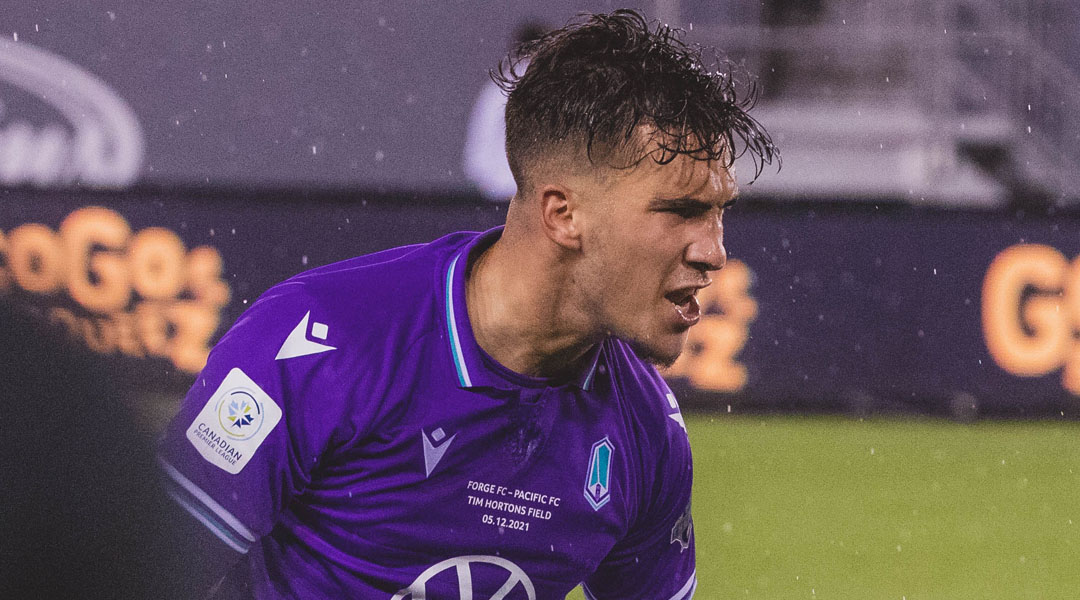 The 24-year-old defender has signed a new multi-year deal with the Tridents, making him the third returning player after Jamar Dixon and Callum Irving.

His first season with Pacific saw him finish as the club’s only iron man, though the following season saw injuries limit his influence. Still, he still performed well when called upon throughout the club’s title-winning campaign.

After being sidelined through a preseason injury last season, the centre-back rallied back at the end of the campaign to feature in every minute of postseason action, helping the club fight beyond Cavalry FC in extra-time to sink Forge in the 2021 CPL Final.

He finished the campaign with twelve appearances across all competitions, with his total club tally for Pacific rising to 22 by the time he put a gold medal around his neck.

It was almost two years ago to the day that Thomas Meilleur-Giguere first arrived alongside Jamar Dixon, with the two former Ottawa Fury players keen to begin a new chapter out west. The defender had accrued interest from other CPL sides at the time, with the former CF Montreal defender having impressed during multiple seasons on loan with the Fury.

Meilleur-Giguere had also featured for Canada at the U-20 level, earning twelve caps en route to a Canada U-20 Player of the Year nomination in 2016. He was due to feature for the Canada U-23 squad at the Concacaf Men’s Olympic Qualifying championship before an injury curtailed the opportunity.

The structure of the defender’s multi-year deal with Pacific was not revealed by the club. With both Terran Campbell and Alessandro Hojabrpour having been poached by Forge this month, it’s not surprising to see that the west coast side may start to include club options on further deals.