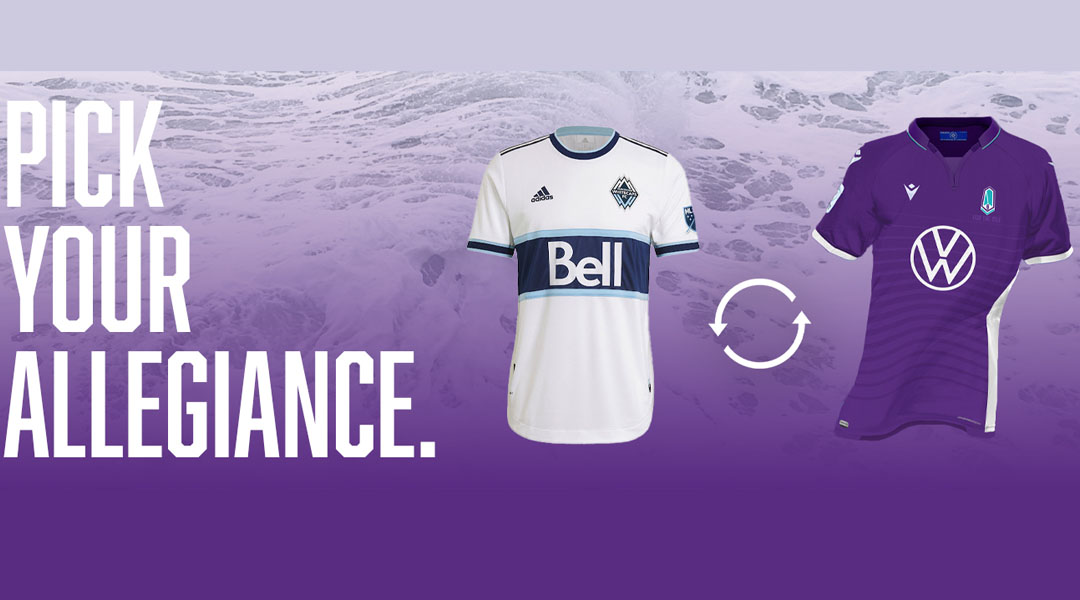 With west coast sides Pacific FC and the Vancouver Whitecaps set to clash in the Canadian Championship this week, the former is making a big move to paint its home ground purple and build a big home atmosphere for the knockout match.

The Canadian Premier League side is offering a swap deal to anyone who brings in Vancouver Whitecaps merchandise, with the club offering a like-for-like swap in exchange for Pacific FC kits, hats, t-shirts, and scarves.

The Tridents sit at the top of its CPL table after fourteen games played, though they’re coming into the cup match following a 2-0 loss against second-placed Cavalry FC. The Whitecaps are in tenth place in Major League Soccer’s western conference, but recently saw out a big home win against LAFC courtesy of a late winner from Ryan Gauld.

While Marco Bustos and Pa-Modou Kah will claim the headlines for Pacific they square off against their former team, there are a number of Whitecaps youth products set to test their mettle against the MLS team, too: the Tridents have no less than ten players who have donned a ‘Caps jersey throughout their youth careers before going their separate ways from the MLS side.

Fans interested in the merch swap offer can attend the Pacific FC’s merchandise shop at 3024 Glen Lake Road today between 11:00AM-4:00PM on or on gameday from 5:00PM to kickoff. The traded Whitecaps gear will be donated to local organizations supporting youth sports, which means the tongue-in-cheek gesture still goes towards a good cause.

The two BC-based clubs have never faced eachother in competitive match before, which will make this Thursday’s preliminary round Canadian Championship matchup one to savour for local sports fans.

The winner of the cup tie will progress to face Cavalry FC in the quarter-final, who themselves dispatched FC Edmonton to get there. It was Cavalry FC who made cup history in 2019 by defeating the Whitecaps in 2019, becoming the first CPL side to defeat MLS opposition.

The quarter-final stage will see two other CPL-vs-MLS matches take place, with the Halifax Wanderers taking on CF Montreal and York United squaring up against Toronto FC next month.

Fans interested in purchasing tickets to Pacific FC vs Vancouver Whitecaps can do so here.