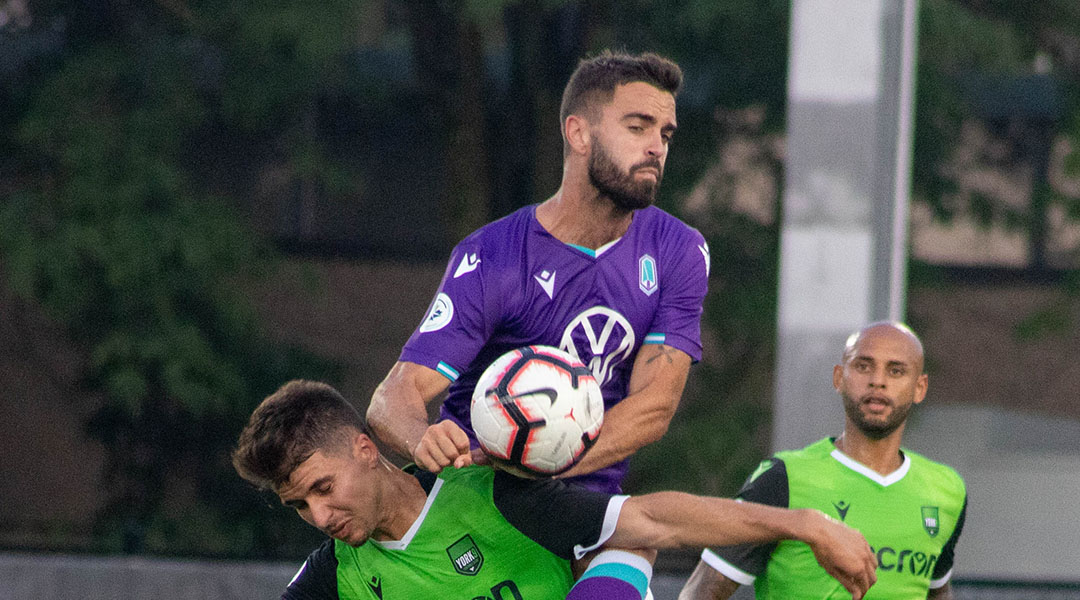 Pacific FC has confirmed the re-signing of attacking midfielder Victor Blasco, who played a large role in the club’s attacking efforts throughout the inaugural Canadian Premier League campaign.

Blasco, 24, finished his first year of CPL action with six goals and three assists after 26 appearances for the west coast club. The Spanish forward, who counts as a domestic player, was expected to be one of the key re-signings to keep the shape of a Pacific FC attack which scored as many goals as league winners Forge FC in the fall season.


Blasco went through a tear of good form alongside youngster Terran Campbell in the midst of the fall season, with the duo scoring some eleven goals in seven games between them. The former Barcelona academy product would go on to finish a successful individual season with Pacific FC.

Victor can be an exciting, dynamic attacking player fan favourite on his day. He has great qualities and we believe he grew a lot on and off the field last season.

Blasco’s second season in the Canadian Premier League comes after the 24-year-old had nearly dropped out of the professional game entirely: in the midst of an otherwise successful stint with Vancouver Whitecaps 2, Blasco was released by the club for an undisclosed breach of personal conduct in 2016. He then spent the next few years playing amateur football before the Pacific FC ownership group gave him another chance at the pro game.

With Blasco now confirmed for 2020, Pacific FC currently has eight players on the books for its second-ever season. The club has re-signed goalscoring standout Terran Campbell (along with five other youngsters), while also retaining the services of veteran Canadian international Marcel de Jong, who missed most of the inaugural campaign through an ACL injury.

The club has also signed an as-yet-unknown youngster with potential captain material. Pacific FC CEO Rob Friend also recently indicated that the club hopes to have its new head coach made official in the next week or so, with interim gaffer James Merriman then expected to return to an assistant coaching role.

Pacific FC did not disclose any financial details regarding Blasco’s 2020 renewal.