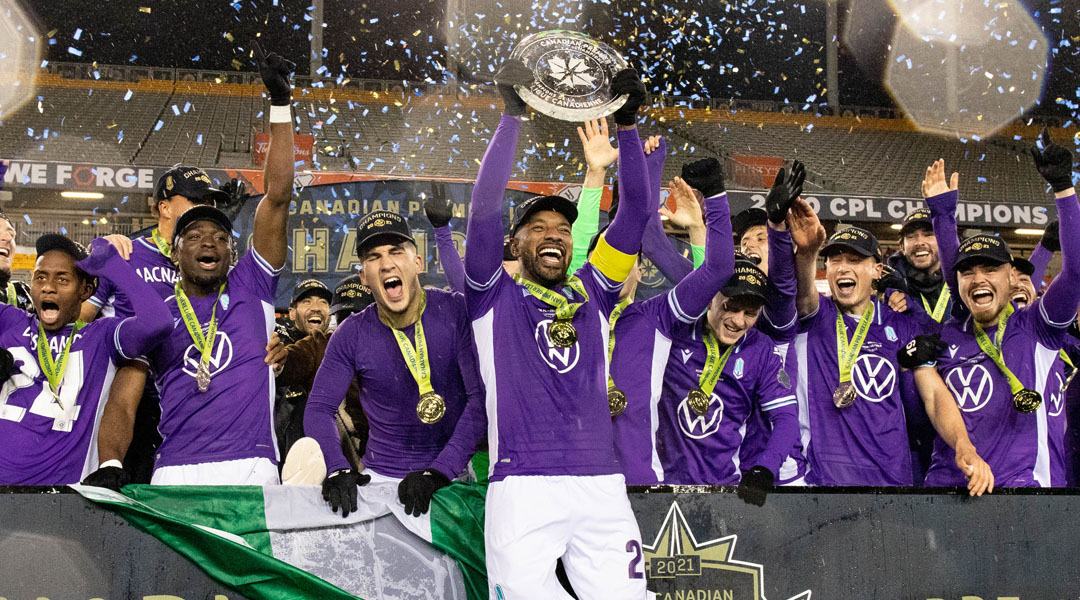 The celebrations for Pacific FC’s Canadian Premier League championship will run into the new year.

Speaking with CHEK News, Langford Mayor Stewart Young confirmed that the city will host both a parade and a formal celebration for the side sometime in the next month.

“We’ll do it up right,” says Young, “Langford will put on a good show for everybody because this is pretty amazing.”

The west coast CPL side cemented their legacy in enemy territory on Sunday, with a goal from Burnaby’s Alessandro Hojabrprour seeeing the Tridents lift the North Star Shield in Hamilton, Ontario. It marks the first professional championship for a Victoria-area team since the Lester Patrick Cup was won by the Victoria Maple Leafs 55 years ago.

It’s been great for Langford, it’s really put soccer on the map for the whole island, there are fans up and down the island, we’ve had great crowds all year long.

“Today is a testament to why the CPL is important,” he said at the time, “and why fans and people around Canada should start to look at the CPL, support it, and drive the growth.”

Kah – who once played for the Vancouver Whitecaps – has been a big factor in the club’s success both on and off the pitch. Under his guidance, the side reached back-to-back playoff appearances and reached the Canadian Championship semi-finals en route to its first league title.

“This is why you play the game, to leave a legacy,” says Kah, “it is a part of the legacy that nobody will ever take away from them or this club. I know there was a lot of writing about the three-peat [for Forge], but for us we know going into this game that it was our destiny to make history.”

Come the new year, fans on the isle will get to experience a parade to celebrate the occasion. More details are expected to come from the mayor’s office prior to the new year.

While 2022 will see things kick off with a hometown parade, the focus will then shift quickly to hard work: the club will have more games to play by virtue of qualifying for continental action, with Kah – who himself reportedly went deep into interviews with FC Dallas recently – now being tasked with keeping the tight-knit group together for another season.

For now, however, he gets to celebrate. “For us to sit here and say we are CPL champions, that is something that nobody can ever take away from us.”