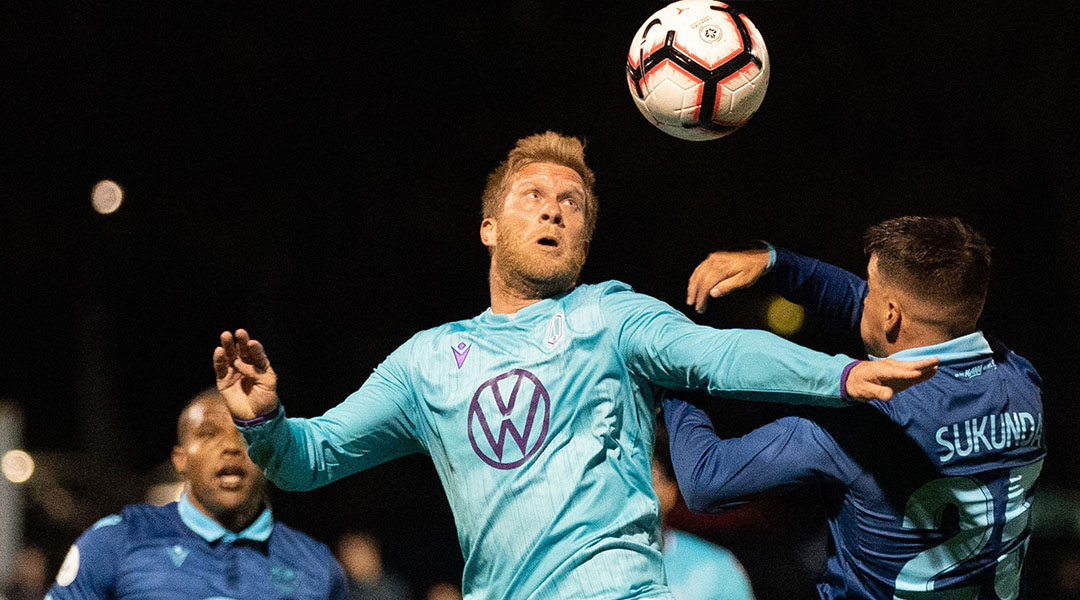 The inaugural Canadian Premier League season was filled with a lot of firsts, and that resonated with a lot of the domestic professional league’s young talent: for many of them, it was their first-ever season of professional action. With Pacific FC having fielded the youngest squad in the league, its youngsters were put through the ringer as they fought to prove themselves in Canada’s tier one league.

Now that several of those youngsters have re-signed for a second season, veteran Canadian international Marcel de Jong says that the club’s expectations for its domestic talent will be higher, and its youth will need to rise up to meet the increasing demands asked of them.

Here’s what the veteran defender had to say during a recent talk with John Molinaro:

These kids need at some point to have a chance, and play professionally, and get thrown into the lion’s den, and this was the perfect moment to do it in the first year in the CPL. Now they have it under their belt, it’s time for them to really prove themselves. Now that this first year is all behind them, they have to focus on getting better.

The west coast club was the far-and-away league leader in terms of giving domestic U-21 talent playing time this year, with PFC youngsters clocking in no less than 13,532 minutes of action throughout the inaugural campaign. Valour FC had the second-most amount of minutes behind Pacific FC, but even doubling the Winnipeg-based club’s youth minutes wouldn’t see it catch up with the Tridents.

Pacific FC CEO Rob Friend has made no bones about the importance of playing young talent as part of the club’s philosophy: in fact, he says that the club’s incoming head coach will need to accept that requirement as part of the job. Marcel de Jong likes the focus on growing young talent, though he joked that the youngsters better leave the veteran Canadian international a spot in the squad:

I like how we stress young players in our team […] they’re all hungry, they all want to learn, and this is a good way to develop them and get them ready for the next step in their careers. I would keep doing what we’re doing in terms of trusting the young kids, so long as they save a space for a veteran like me!

Pacific FC finished fifth in the spring season and fourth in the fall, with the club sacking head coach Michael Silberbauer shortly before the last game of the season. The club has since parted ways with seven players, is still undecided on eight, and has re-signed seven for the 2020 season. Friend also boasted that a young player with potential captain material has already been signed, though his announcement won’t come till the new year.


The onus of improvement in the second year doesn’t stop with just the Pacific FC youngsters: league commissioner David Clanachan has also stated that fans will be less forgiving of the league in its second year, and has promised improvements from the league office’s end as a result. Ahead of the finals, he also made a promise that he would chat about potential expansion sites by the end of November. While CPL Director of Content John Molinaro recently conducted a state of the league interview, the contents of that discussion have yet to be published.

Whatever happens for the burgeoning domestic league or the second-year youngsters within it remains to be seen, but it’s clear that fans will have higher expectations for both throughout the 2020 Canadian Premier League season.