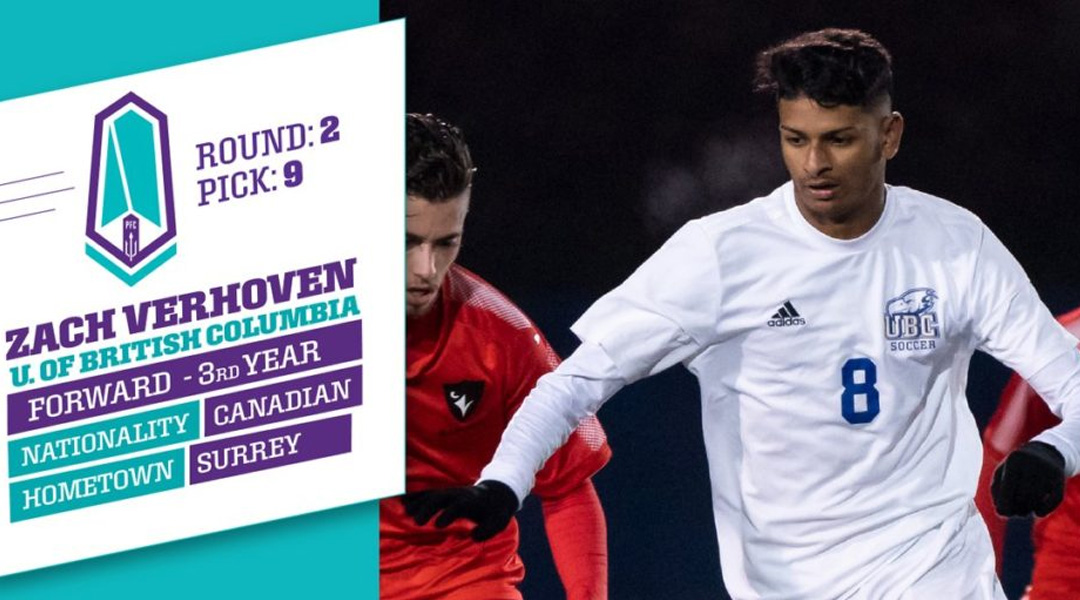 It’s been a historic day for Pacific FC: The Vancouver Isle side just played its first-ever Canadian Premier League game, earning the league’s first victory with a 1-0 win over Halifax Wanderers. 19-year-old Noah Verhoeven earned plaudits in midfield, but another similarly-named player also made history in the shadows: Zach Verhoven, who was picked up by Pacific FC in the CPL U-SPORTS draft last November.

A new roster update on the club’s website earlier today confirmed that 19-year-old youngster Zach Verhoven has now been officially added to the Pacific FC roster.

Head coach Michael Silberbauer picked up Verhoven in the second round of the draft, behind Thomas Gardner and before Nick Fussell. So far, Verhoven is the only CPL-U SPORTS draft pick to get officially rostered with the Vancouver Island side.

He’s a right-footed wide forward who comes in from the left. He has scored some excellent goals. He can be shifty with the ball and quick with the ball. He could be an interesting one in the future

Verhoven is described as a wide player who isn’t afraid to cut inside and keep opposition goalkeepers busy. The right-footed player becomes the club’s 19th signing, meaning Silberbauer still has ample room to bring in a few more. It wouldn’t be surprising to see the likes of Gardner, Fussell, or Shun Takano make the cut simply so that the club has depth.

The Surrey-born midfielder is a product of the Surrey United Soccer Club (and later the Whitecaps Residency Program). He caught the eyes of many with his performances at the University of British Columbia, where he registered some 13 goals and 22 assists across three years of play.

In the first-ever game at Westhills Stadium, the Pacific FC midfield seemed quite a capable unit. Noah Verhoeven was quick-footed, placing key passes and working well with Ben Fisk on the wing. Despite his yellow card, Matthew Baldisimo had a great game too. Blasco, before coming off, was a real threat when he got forward. Suffice to say, it’s going to be a tough midfield to break into – especially with 34-year-old Issey Nakajima-Farran expected to come off the bench frequently this season.

While Pacific FC earning its first ever win will be the main memory of today, it also marks the first time a CPL U-SPORTS draft pick signed with the team. As Pacific FC hasn’t made a formal announcement yet, financial details or contract information is not available.

Verhoven is a third-year student, so it’s likely that he signed a Standard Development Contract. This will allow him to return to his studies as an eligible player for UBC when the CPL season comes to a close.