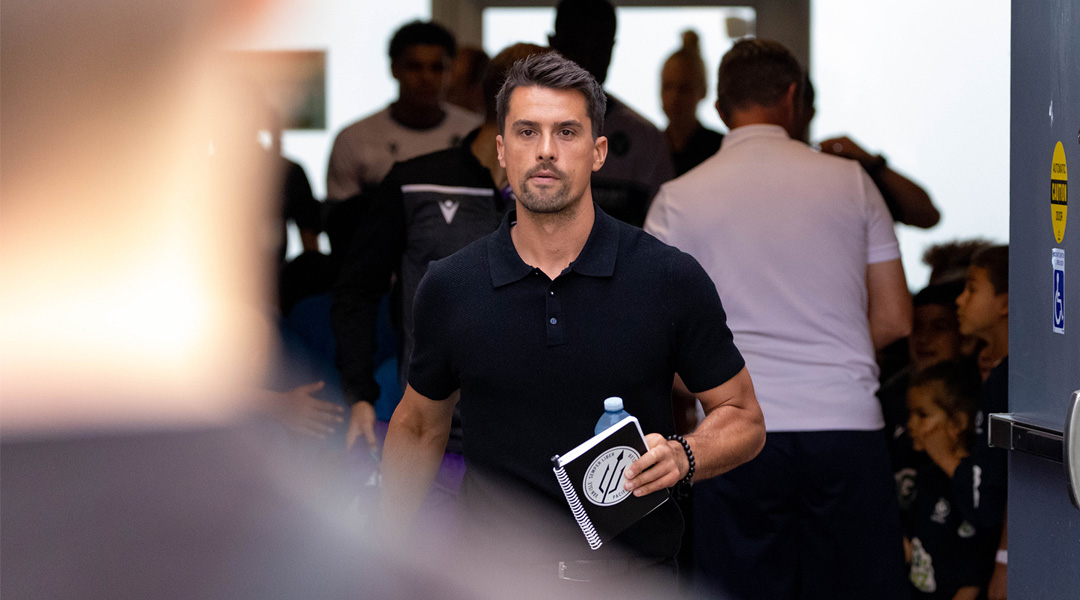 Pacific FC missed out on the playoff final in 2022 after losing out to Atletico Ottawa in the semi-finals. The side from the Island have had an eventful last couple of seasons, winning the CPL Championship and going on the road In CONCACAF league in 2022.

Changes have been happening this off season and James Merriman is feeling confident in the roster he and his staff are putting together.

The team lost Alejandro Diaz last year, and Marco Bustos has now become the latest player to get a big move to Europe. It is something which the club were prepared for. The development and moving on of players in CPL is nothing new.

To address the striker vacancy, Pacific FC have brought in Easton Ongaro. The striker is being seen as a key signing in the off season in on Vancouver Island. He managed 12 goals in 27 games for FC Edmonton in 2021 before moving to UTA Arad in Romania. He returned after six months to Canada and managed to score four goals in seven games in MLS Next Pro for Vancouver Whitecaps 2.

“Alejandro (Diaz) brought a lot more than just goals to the team, in terms of his movement and his consistency in build-up play. Ongaro is someone who has proven he can score goals in the CPL, but he also has a really nice touch. He stands up well as a target striker, you can play into him, and he gets into those spaces in front of goal you want him to”.

“He’s coming in very motivated, very hungry and we’re excited about him”.

Goals are something they will want to improve on to give themselves a strong lead in games in 2023. Without Diaz, Pacific FC struggled in front of goal and only scored more than one goal in a game once in the 12 games of the season that remained after the Mexican striker left the club.

At the other end of the pitch Pacific have lost Callum Irving in the off season which is forcing further changes in another vital area of the pitch. The search continues for Pacific FC to bring in a second goalkeeper, but as a club who look to develop young players, there is confidence in 19-year-old Emil Gazdov.

Gazdov featured two games last season, once at home in a 2-1 win over Valour and a 1-0 defeat on the road at Halifax Wanderers.

“The club is really excited about Emil; we see big potential. He showed good confidence, he’s composed, he stepped up on the road at Halifax. We want to support his and get behind him but of course we will bring in another goalkeeper that is going to be competitive with Emil.”

Another young Canadian coming through is Paul Amedume who spent last season on loan with North Texas SC in MLS Next Pro. He moved to work under Pa-Modou Kah, the former Pacific FC manager who Merriman worked under before taking on the role as head-coach.

“I worked with Pa-Modou Kah and when he went to Dallas, we felt confident in Paul to get minutes and continue to develop as we had Amer (Didic) and Thomas (Meilleur-Giguere) as starters. Paul is now in a great place coming back from that experience and now fight for more minutes this season with us. I think he will play a big part for us and transition well (from MLS Next Pro).”

Developing the youth and helping them reach their potential is something that is part of the DNA of the club. Local boy Sean Young has developed and broken into the first team over the past two seasons while Steffen Yeates has also been brought in as a young Canadian looking to progress his career.

“Steffen showed a lot at Toronto, but I think he wanted more than they were ready to offer playing time wise. He’s ambitious and young and that what we want in the club”

Pacific FC look now to be prioritizing the goalkeeper search after a number of exciting arrivals including Bradley Vliet and Pierre Lamothe. It will be a new era once again and something which is happening across the league. In the early years of the league players will be developed and move on quite often.

“Every year there’s transition, I think it’s tougher for our fans. The longer that we continue to grow, and people understand our vision and the picture for the league to get behind the next young talent that we can develop over two years and move on. I get it that its difficult, as fans want to get behind a player and that player becomes part of the DNA and club. But the reality of the situation in the CPL and young Canadian players right now is that we are a stepping stone right now to bigger leagues.”

This affects how Pacific go about recruiting new signings, but with the success Lukas McNaughton has found moving from Pacific to playing for Toronto FC in MLS shows they are an excellent destination for young players.

There is still time to get the final pieces in place as pre-season begins soon for the CPL teams. Pacific will go in confident, with a clear plan and playing style trophies is what the club will be aiming for once again this year.