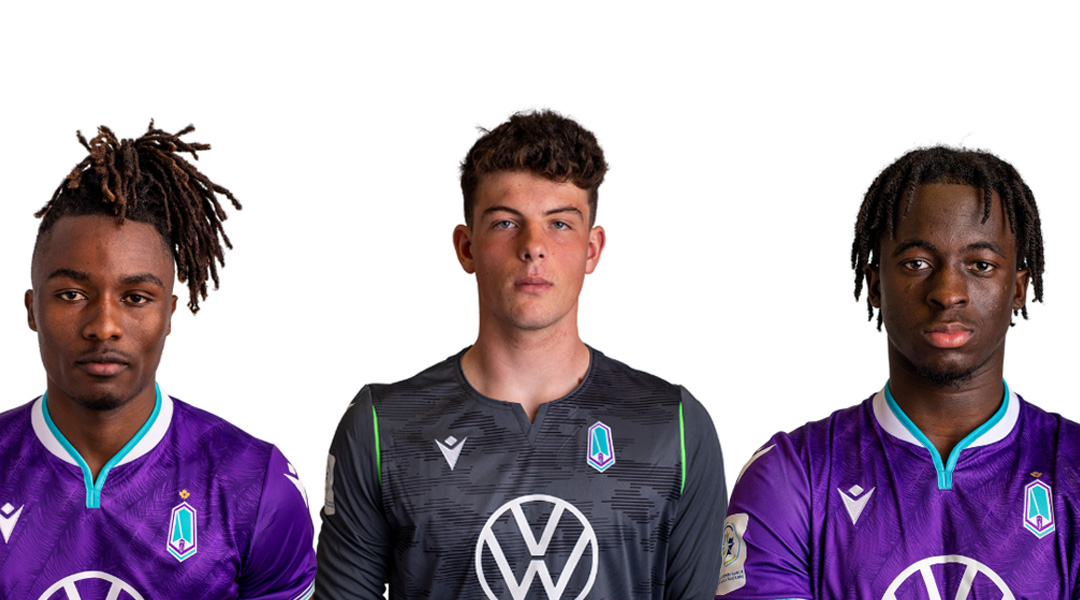 Pacific’s confirmed 2023 roster has grown to nine with the club’s confirmation that goalkeeper Emil Gazdov, defender Georges Mukumbilwa, and forward Abdul Binate will all return next season.

The trio arrive not long after the club had confirmed Amer Didic and Thomas Meilleur-Giguere would return, along with the big attacking addition of Easton Ongaro.

23-year-old full-back Georges Mukumbilwa looked a good addition to the club last year, making twenty appearances for the Tridents across all competitions. Capable of playing on both the left and right flanks, the former Vancouver Whitecaps prospect provided a great work rate and some fast footwork.

Mukumbilwa had been released by the ‘Caps in late 2020, with sporting director Axel Schuster describing him as a hard-working athlete with good character. Now settled in Langley, his follow-up season should be one to watch. With both Nathan Mavila and Jordan Haynes departing, we may see a lot more of Mukumbilwa on the left.

“I believe he is a top defender in this league and a very versatile player, he can play on the right or left in a back four or five and can also play in higher positions. He gives us flexibility in our system and is an important player for our team,” added Pacific FC head coach James Merriman.

Also returning is 19-year-old goalkeeper Emil Gazdov, who collected his first two appearances with the Tridents this year. Pacific had signed him to a multi-year deal back in 2020, with a then-17-year-old Gazdov undergoing a two-year loan stint in Germany with FC Nurnberg. The club has placed a lot of faith in the former Whitecaps Residency prospect, who has always said he’s ready to grasp any opportunity the club entrusts for him.

“Emil has big potential as a young Canadian goalkeeper. He has continued to mature on and off the field as a young professional,” said Merriman of the youngster. ” have known him for a long time now in his development process and believe he will come into this season really pushing himself for more.”

Perhaps lesser known to Pacific FC fans is Abdul Binate, who joined from the CF Montreal Academy last year. Unfortunately, the 19-year-old forward suffered an injury in preseason that sidelined him for the entire year. Described as an attacker with an eye for goal and a strong dribbling ability, Pacific will be hoping it has the next Woobens Pacius on its roster.

“Abby unfortunately had an injury very early last season but impressed everyone with his attitude and approach to his recovery. He feels strong, motivated and wants to be able to contribute to the team this season on the field. He is a young player with good potential,” said Merrirman.

The Tridents now have eight confirmed returning athletes from the 2022 season, including the aforementioned defenders and Djenairo Daniels, Cedric Toussaint, and Josh Heard. There’s also been a number of departures, with Haynes, Polisi, Balde, Mavila, and Ricci all departing, while team captain Jamar Dixon has retired to focus on a new front office role.

The contract lengths or financial details regarding today’s trio of signings were not disclosed by Pacific FC.