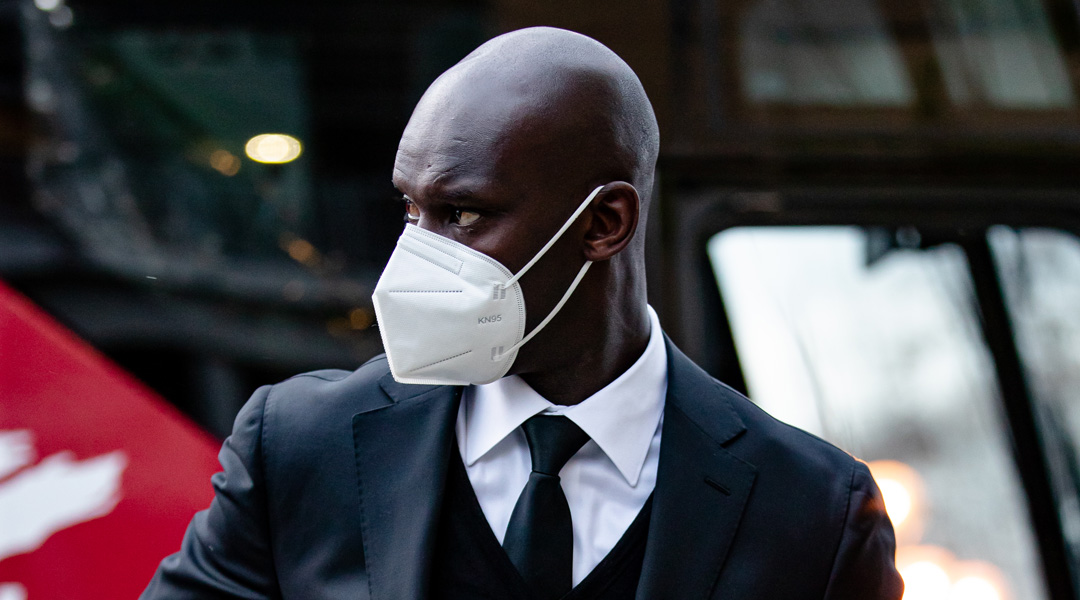 When Pacific FC head coach Pa-Modou Kah first arrived to the club, it had loosed its inaugural coach Michael Silberbauer at the tail end of the 2019 season with Club CEO Rob Friend revealing concerns about the character being shown on the field.

It was Pa-Modou Kah’s first top flight head coaching stint, and he certainly rose to the occasion.

The club’s new hire worked quickly to establish a strong sense of club unity with a no-quit attitude, instilling a clear and defined playing philosophy that saw Pacific reach playoffs at the shortened Island Games season. Building on that foundation, he kept the bulk of his squad together heading into 2021, with the Tridents securing back-to-back playoff positions and recently closing out an impressive cup run that saw them beat MLS competition en route to a respectable semi-final loss to Toronto FC.

The high-flying club appears to have a rock-solid locker room, a deep support structure, and a sense of togetherness that extends beyond the pitch. Kah has clearly been the right man for the job, and he is adamant that many of his players are ready for a higher level.

It begets the question: what about Kah himself?

When we asked him about his own coaching ambitions, he didn’t shy away from them.

I was fortunate enough to play in MLS and play twenty years of football, so I’m trying to give my knowledge to the players and help them, and as a coach I’m trying to reach the highest high. Everything is a stepping stone. I don’t think it’s a rush, but obviously if a club comes which meets the way I want to be, there’s nothing you will say no to because you always want to test yourself higher up.

Of course, that isn’t to say that Kah is shopping himself: he isn’t thinking about anything but Pacific at the present. “That’s where my focus is,” he says, “we’re still trying to win something, we’re still trying to achieve something. It’s not like if any club comes I want to move, that’s not where my mind is at, you understand what I’m saying?”

His sole focus, he assures me, is to continue building the foundation at Pacific to ensure that the stones he puts in place will stand the test of time.

For me, it is about growth and legacy. That’s how I build my coaching career. I’m just getting started. I know what I’m capable of, I know what I want to do. Everything is a stepping stone.

Kah has led the club to an overall record of nineteen wins, eight draws, and fourteen losses, with the club scoring an astounding 69 goals across 41 games. Known for its fluid attack that often catches opponents out on the counter, Kah and his coaching staff are working with a squad that features plenty of MLS-worthy talent, he says.

I get joys in where I am with the club where we can help build and create a style of play, vision, a philosophy, and an environment where people come and get better, and therefore get the opportunity to move higher up.

The head coach had been eager to see how Pacific FC measured up to Toronto FC, highlighting players like Lukas MacNaughton, Kadin Chung, and Marco Bustos as Canadians who can make an impact at the MLS level. It’s an area that Kah is intimately familiar with.

When the former Norwegian international hung up his boots, he did so with seventy MLS appearances to his name and a Voyageurs Cup from his penultimate playing season. The following August would see the former Portland Timbers and Vancouver Whitecaps defender transition to a player-coach role for VWFC2 before he fully retired to join the first team technical staff.

He then transitioned to FC Cincinnati as a scout in August 2018, though it would take him just a few short months to get a bump up to an assistant coaching role. With the club undergoing change as it transitioned into an MLS era, Kah was set to depart and found himself linked with both Pacific and Valerenga for his first-ever head coaching role. He chose the former.

The west coast spent portions of the current season atop of the league table before locking in a playoff-safe third place, and it had also reached the semi-finals of the Canadian Championship through an exciting cup run that saw the club surpass both the Vancouver Whitecaps and Cavalry FC before succumbing to a very respectable 2-1 loss to nine-in-a-row finalists Toronto FC.

I think truly as a coach you always try to reach the highest level. Where I am, where I started, obviously the goal is to move into MLS, but for me the most important thing is to do the job where you’re at and focus where you are at. When it comes to coaching, when you see what is happening sometimes it’s more about who you know to open that door for you, give you opportunity, and truly believe in you. There must be a club that believes in the vision, the way that you work, and the way that you do things to open that door for you.

Humble even in this moment, Kah took the question about his own ambitions as an opportunity to highlight plenty of other coaching talent in the league, like Stephen Hart, Tommy Wheeldon Jr, or Bobby Smyrniotis, who himself just launched Forge into Champions League heights.

Now nearly two full seasons into his own CPL career, Kah has proven to be an outgoing and amiable personality in Canadian Premier League circles. Generous with his time, he isn’t afraid to make jokes to media or, in one case at last year’s Island Games, man a barbeque as he conducted a media conference from a hotel patio.

This comes as no surprise to those who knew his big personality from his time at FC Cincinnati or the Whitecaps (remember his segway dance? You should). He’s an individual who fills the room, but more importantly, he’s also a head coach establishing a consistent track record. His team are title challengers, the locker room atmosphere under him is solid, and the future looks bright.

In a results-based business, that’s what counts for all the marbles.

Firstly if you don’t do the job, no club will come for you. It’s as simple as that. For me, it is about building growth, legacy, and for people to see a pathway. It’s about doing the job right.

In a salary-cap league like the CPL, coaching staff often undertake more than one job to help aid that player pathway. Kah and his assistants play a large role in player recruitment, so he’s no stranger to scouting talent. It’s what FC Cincinnati had initially hired him for before he advanced to an assistant coach role there, after all.

When we asked what qualities he looks for in a prospective signing, we hadn’t even finished the question when he interrupted with ‘character’:

Once the coaching staff understand and know the player, says Kah, they can push them to be their best. If a player does not have the self-commitment to push themselves, he says, there is nothing even the best coach in the world can do to push them to higher heights.

The club’s keen eye for scouting was highlighted at the end of the regular season with the addition of 18-year-old defender Paul Amedume, whom James Merriman had known for some time. He was an Edmonton-based local, with the Eddies reportedly overlooking his value. Ironically, he made his debut off the bench against the Eddies and, ultimately, impressed.

For us, when we see the potential of a young kid, we want to open doors because that’s what football is about. For us coaches, for James Merriman and myself, that’s also the reason we took the job: to create a pathway for young Canadian players. We know his qualities, so why wouldn’t we give him a chance?

Giving chances to young domestic talent is, of course, a core purpose of the league in which Kah now finds himself. He sees the league as a vital resource to bridge the gap between young domestic talent earning their professional wings and the high level of play required for Major League Soccer, a league who’s academies have been a stopping point for many of Kah’s players.

When it comes time for many of those MLS Academy graduates to take their first steps into MLS play, there is often-times a gap that proves quite tumultuous for homegrown talent. For Kah, that’s the perfect point for the CPL to step in.

You can go be a homegrown player in MLS, but if you’re not playing minutes you cannot develop yourself. Players need to play minutes, and once the players understand that sometimes they need to take one step back to take two steps forward, because it’s the development that will bring out the growth. If you just stay comfortable with an MLS contract, eventually that deal will run out and then what do you have? Okay, you have money, but you haven’t had any games, so who will take on a chance on you?

Once Kah has assessed the character, commitment, and talent levels of an athlete, he’s not afraid to take a chance on them: when former Atletico Ottawa Kunle Dada-Luke missed last season through injury, he was dropped by the club without a formal announcement. Kah brought the quiet and unassuming youngster to Pacific, where he’s flourished across 21 appearances this season.

While Kah is always keeping an eye on local talent, he’s evidently still looking towards his own future, too. With Pacific FC just ninety minutes of football away from a potential first-ever CPL Final, a good showing from the west coast side could turn heads and attract suitors for both players and coach.

Kah is resolute, however: his focus is on Pacific. The club may be a stepping stone in the bigger picture, but that stone – a formidable fortress, right now – is his home.