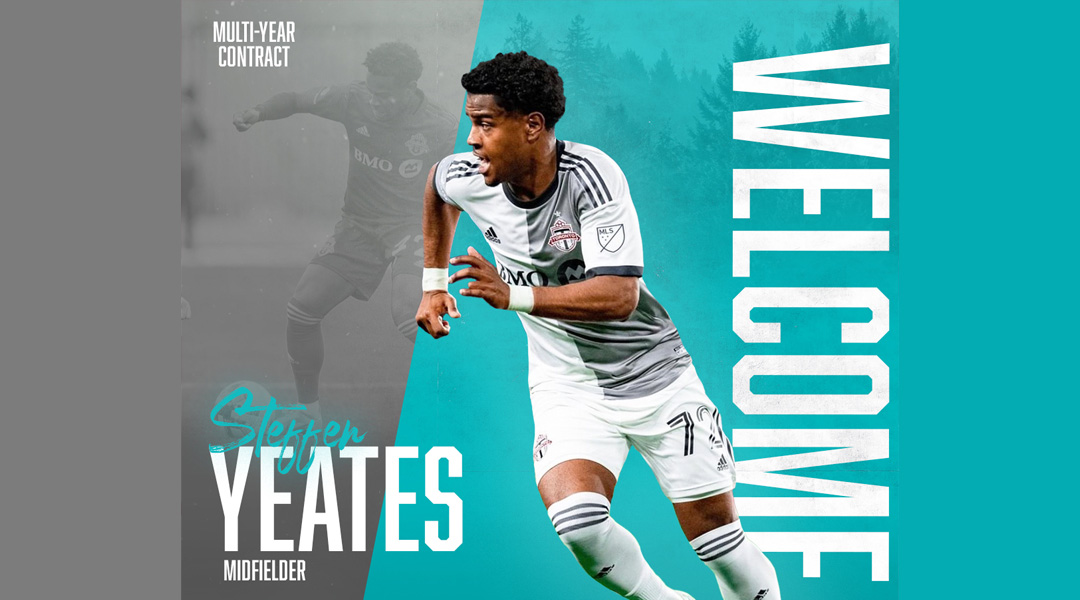 The 22-year-old midfielder enjoyed a strong campaign TFC2 this year, procuring three goals and three assists in 26 appearances as he helped the side reach the MLS Next Pro semi-finals.

His fine form saw him called up to Toronto FC on two occasions this May, where he made two substitute appearances against FC Cincinnati and Vancouver.

​​“We are excited to add a player of Steffen’s quality to our midfield,” said PFC Head coach James Merriman, who sees Yeates as a box-to-box central midfielder.

“He’s a player that wants to be on the ball but is also willing to do the work without it. He’s motivated, ambitious, and wants to make an impact immediately.”

Yeates demonstrated a good balance between defensive duties and attacking influence while with Toronto FC 2, for whom he made 48 appearances in all. He also donned the captain’s armband on several occasions during his final year in red.

Prior to his first stint with TFC2 back in its USL days, he had progressed through the club’s academy system and had also developed with the Vaughan Soccer Club. He also featured for the University of Connecticut Huskies and Oregon State Beavers, featuring regularly for both teams while pursuing his education.

The five-foot-nine midfielder also represented Canada at the Concacaf Men’s U-17 Champonship in 2017, and the U-20 edition in 2018. The latter competition saw him bag a goal and assist against Martinique.

He becomes the club’s third brand new offseason addition following the arrivals of Easton Ongaro and Pierre Lamothe, with the roster now standing at 14 players.

The full length and structure of Yeates’ contract was not disclosed b the club.