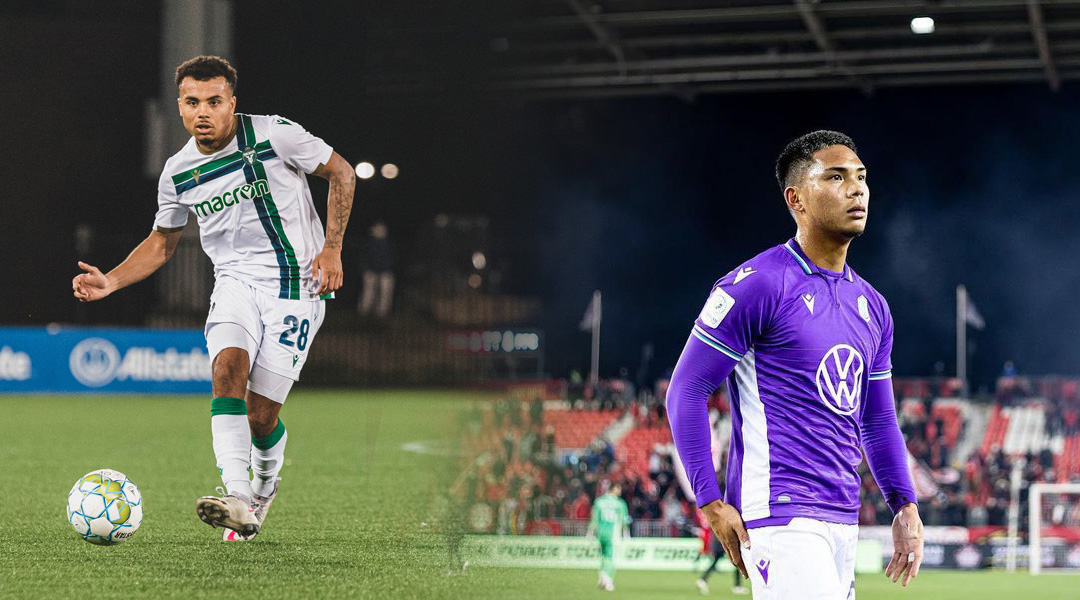 Pacific FC and York United have come to terms for a two-player deal that sees midfielder Cedric Toussaint head out west to join the reigning champions on a two-year deal, while Matthew Baldisimo will join the Nine Stripes on loan for the remainder of the season.

The full terms of Toussaint’s transfer and the subsequent loan of Baldisimo were not disclosed by either club.

The midfield move comes as both sides experience significantly different seasons, with Pacific on par for playoffs while York United is making several moves for a late but unlikely push.

Toussaint, 20, had arrived to York United from the CF Montreal Academy ahead of the 2021 CPL season and has done well to integrate himself into the squad since. While he earned a contract extension last year, he now trades green for purple after 42 appearances for the Nine Stripes.

“Agreeing to Cedric’s transfer is probably one of the toughest moves we’ve made as a club,” stated Club President Angus McNab. “But if we speak about being player-centric and about development then we have to look at the opportunities that are presented for guys and this matches up well for all parties. Pacific have a need and they put together a very attractive offer that means we retain some incentives should Cedric succeed at Starlight Stadium and be sold, while it also freed up some cap space for us to make other moves.”

His new deal with Pacific FC will run through to 2024.

Martin Nash and the York United team won’t find themselves down a midfielder, however, having secured the loan of Matthew Baldisimo for the remainder of what has proven to be a challenging campaign riddled with injuries.

The 24-year-old is the last remaining original squad member for PFC, and has played in most of the club’s league matches under James Merriman following a championship-winning season that had seen him largely sidelined.

Now back in the swing of things, the Philippines call-up reached 56 club appearances for Pacific ahead of today’s loan move. He’ll help fill-in the Nine Stripes midfield for the remainder of the campaign, though his contract with PFC will not extend into next year.

“Matthew is a player we really like and the opportunity for him to join us on loan was a fantastic one,” said McNab of the loanee. “We have been really open with him and his representatives – we all know he’s a free agent at the end of the season so it gives both him and us the opportunity to see how this could fit and be mutually beneficial.”

Both clubs have had a head-turning week in terms of roster movement, with Pacific FC shipping Alejandro Diaz to Norway in a club record transfer, while York United added former Forge striker Molham Babouli just yesterday.